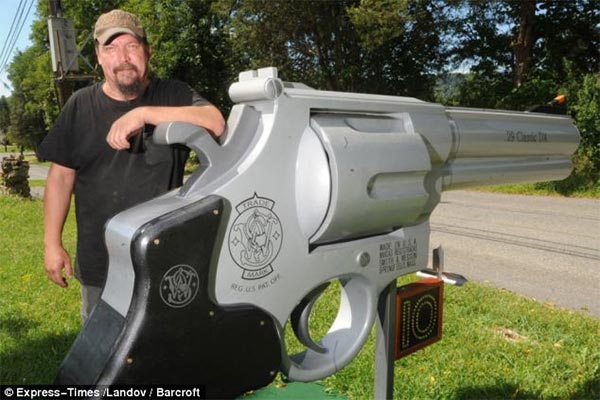 Gun fanatic, Roger Buchko, creates a giant mailbox in the shape of a .44 Magnum revolver. He came up with the novel idea after seeing a similar design on the internet and spent a few hours every day for four months putting the mailbox together.

He installed the mailbox and his mails are now deposited into the muzzle. He said the mailbox is not meant to be a political statement – he just wanted to do a project and so far his work has received mainly positive reactions.

Before installing the mailbox Mr. Buchko checked with postal officials it would be allowed. Postmaster Melody Baylis saidm “I don’t see a problem with it as long as it accomodates the size of the mail he receives.” 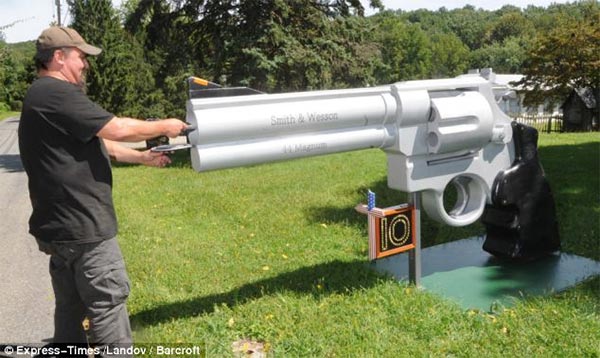 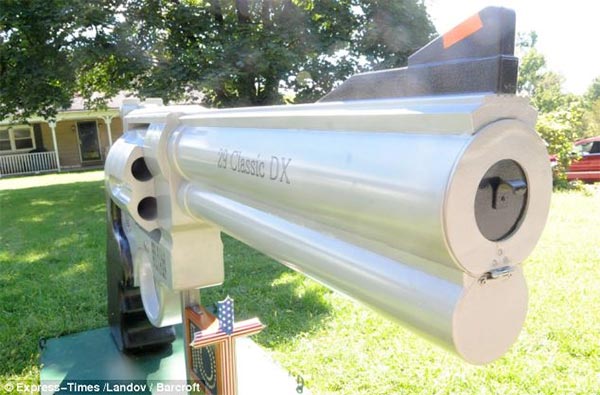 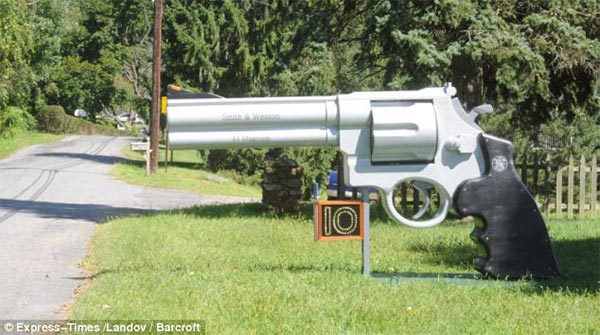 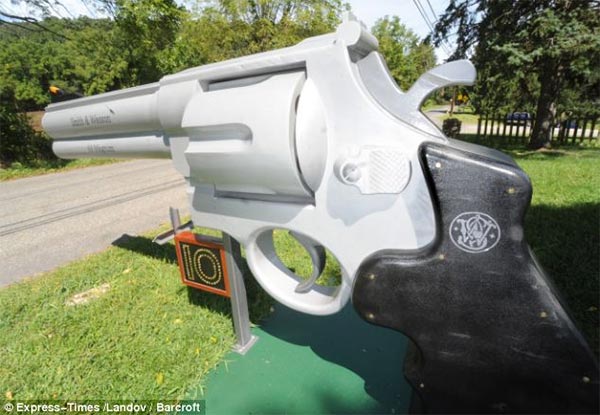 Tags #Gun #Mailbox
Around The World, Photo of the Day