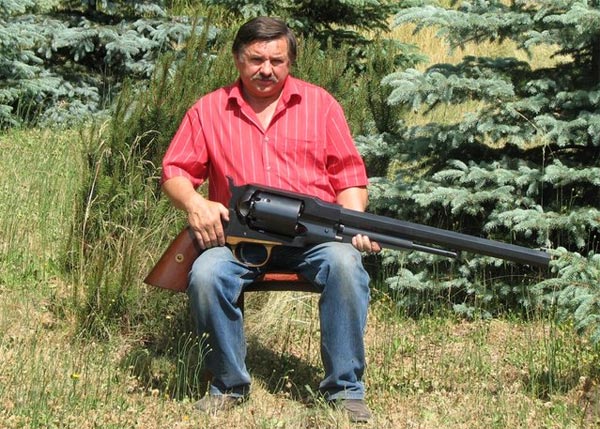 Revolvers maker Mr. Ryszard Tobys has come up with his super big creation by making the world’s biggest working revolver. It weighs a mere ninety-nine pounds, has a length of four feet two inches and stands approx one foot four inches from the butt to the top of the hammer.

The revolver is so big that it is impossible to hold up to fire, even with both hands. So it has to be loaded and indeed fired from a bench every time.

Impracticality overrides any form of usefulness and the revolver is more of a showpiece, a display of skilful engineering than a practical firearm. Something like this though would be great for educating groups of people on how historic black powder firearms were used and how they worked. So from the point of view of education and history, then its a big thumbs up. ~ source 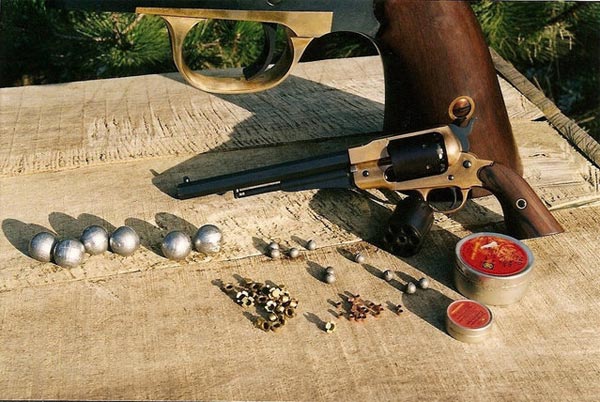 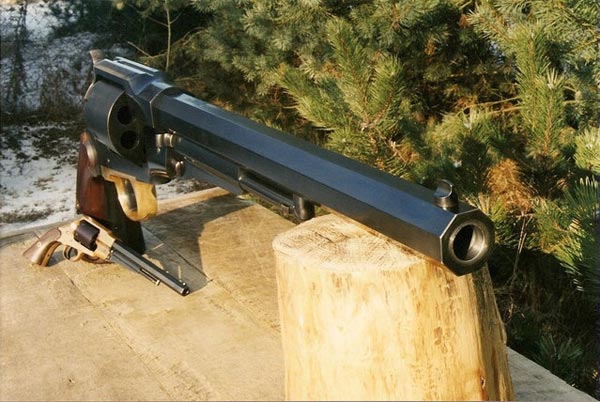 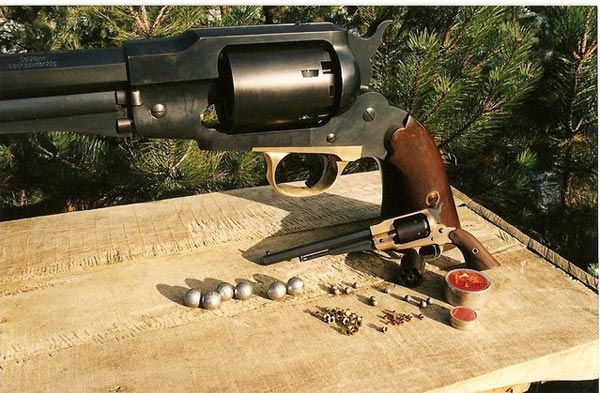 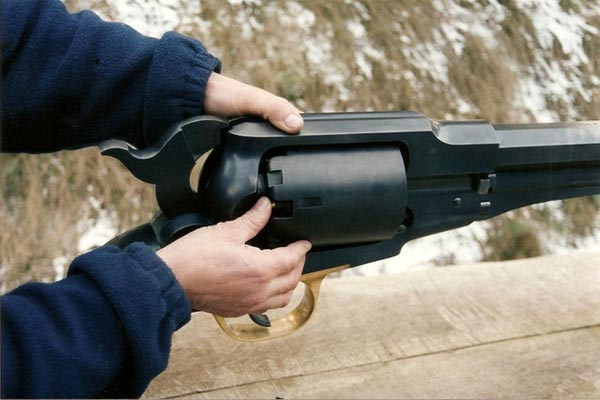 Scary Mask To Turn Your Horse Into Dragon