Giant Hedgehog Sculpture Installed in a Park in London 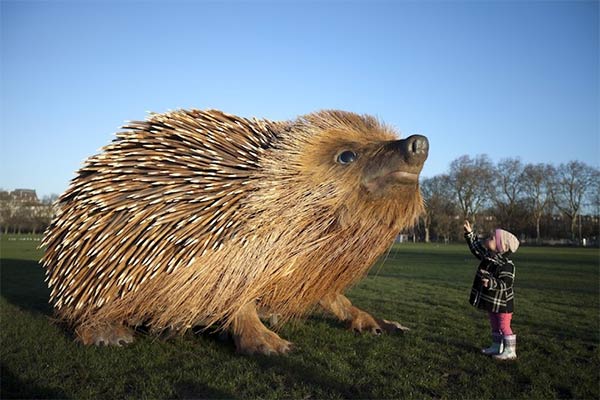 A giant sculpture of a hedgehog was installed in London’s Clapham Common to mark the launch of the new TV series Natural Curiosities, a documentary series by legendary wildlife presenter David Attenborough.

It took a team of sculptors two months to craft the giant lifelike hedgehog sculpture from over 2,000 soft wood spikes and fur made of a coconut and fiber mix. In addition to celebrating the launch of his new series, Sir David hopes that the giant hedgehog “serves as a fitting tribute to one of our most delightful species” and brings attention to the dwindling number of wild hedgehogs, which are endangered in the UK.

A survey for the TV channel found that millions of Britons claim they have never seen a large number of animals that live in the wild in the UK.

The study also found three quarters were concerned about dwindling numbers of hedgehogs and thought more should be done to protect them. 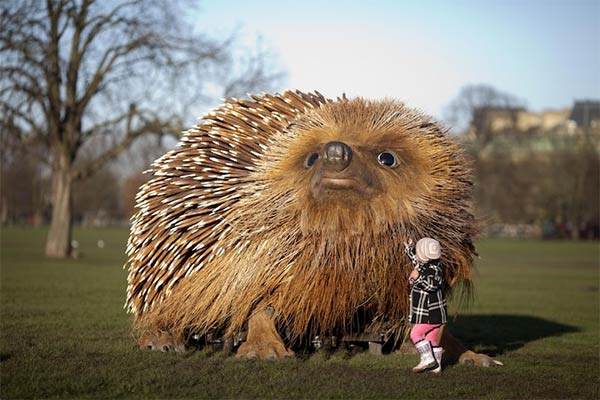 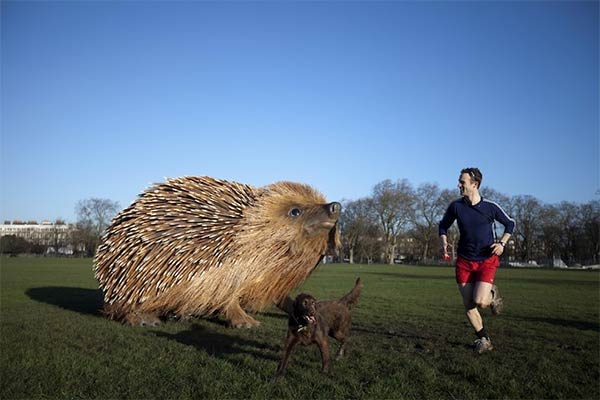 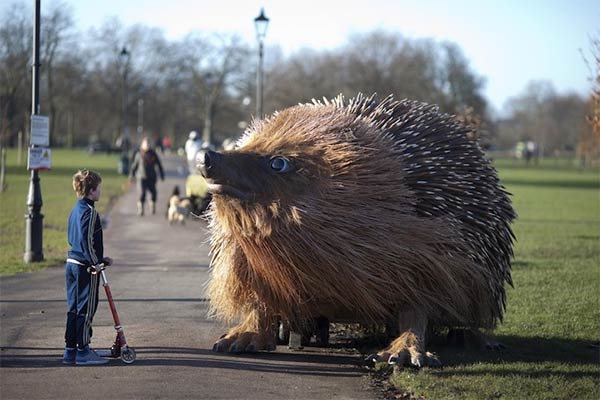 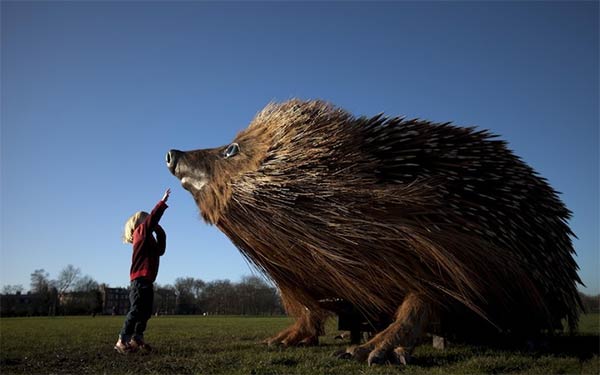 If Company Logos Had Honest Slogans

Beautiful Sand Paintings On The Streets of New York