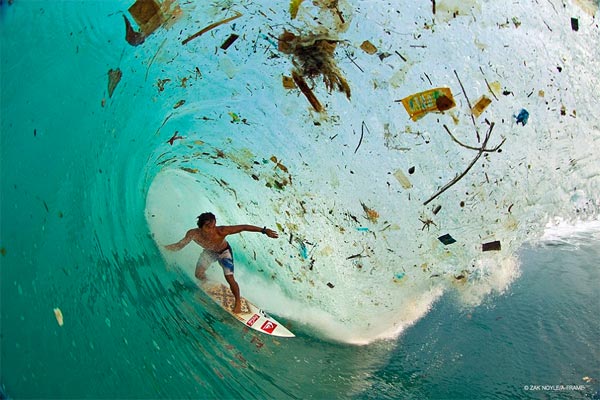 Despite the natural beauty of Indonesia, it is well known for its trash-filled water. As reported by National Geographic, the Citarum River has so much garbage floating in it that you cannot see the water, making it impossible to fish in.

Marine wildlife – such as fish and turtles – often get into difficulty because they mistake plastic bags for food. This also creates problems for humans as the fish which are captured by fishermen often contain high levels of chemical toxins. These harmful toxins are then absorbed by people who eat the fish.

Jahangir Agha, 7 years ago 1 min read
Around The World, Photography

House in the Middle of the River

Your iPod Has Been Kidnapped

Jahangir Agha, 7 years ago 1 min read
Photo of the Day

Jahangir Agha, 6 years ago 1 min read
Around The World