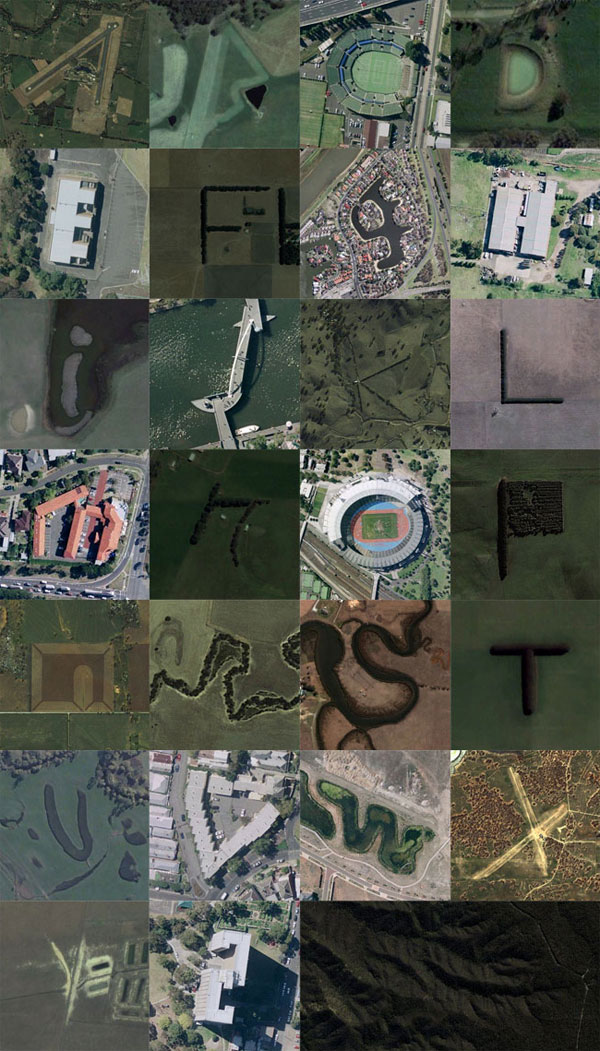 Regarding his project he said, “I put some simple restrictions on my project, like sticking to my home state of Victoria and not manipulating (rotating or Photoshopping) the images in any way”.

“There were no short cuts to finding them, but I did sense patterns emerging the further I searched which helped to guide how long I spent looking in particular areas,” he says. People have now begun emailing him letters on Google Maps from all over the world. [source]

Beautiful Mandalas Made from Nature by Kathy Klein