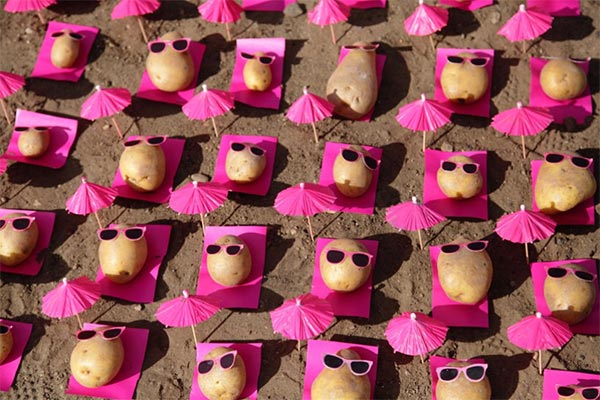 The sunglasses-wearing vegetables are positioned throughout various public spaces and venues demanding an audience reaction. He setup the potatoes and cucumbers in situations like they are enjoying weather by sunbathing, protesting outside a McDonalds restaurant and fighting with gourds. (via) 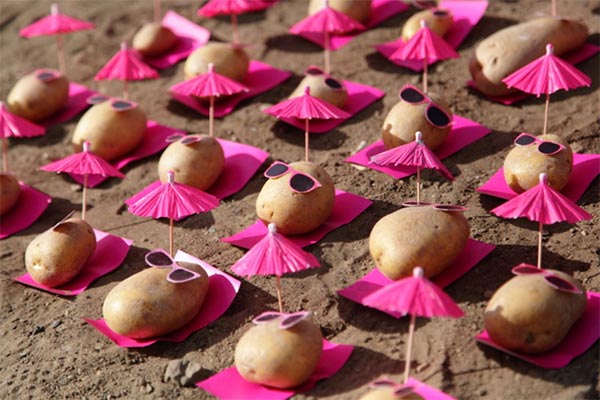 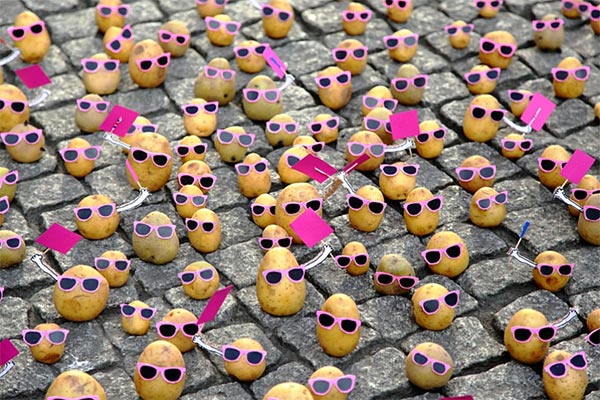 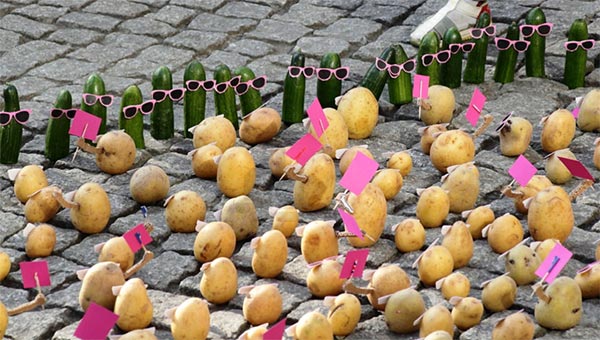 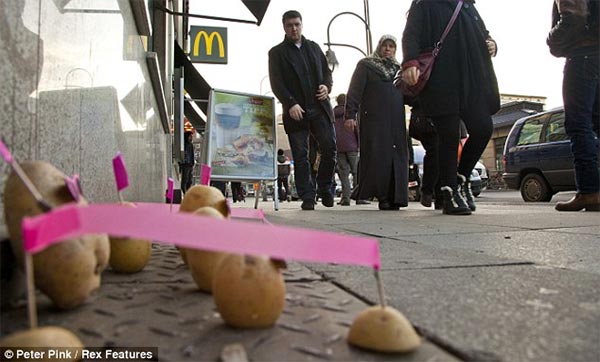 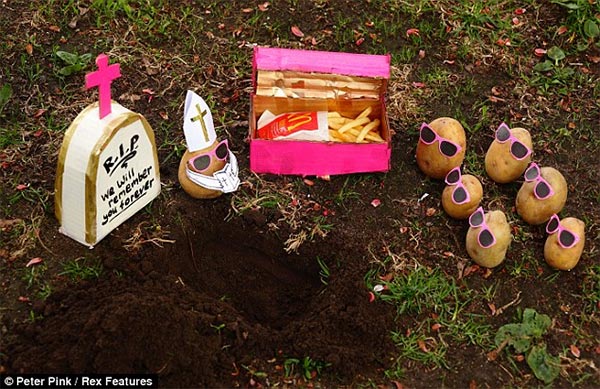