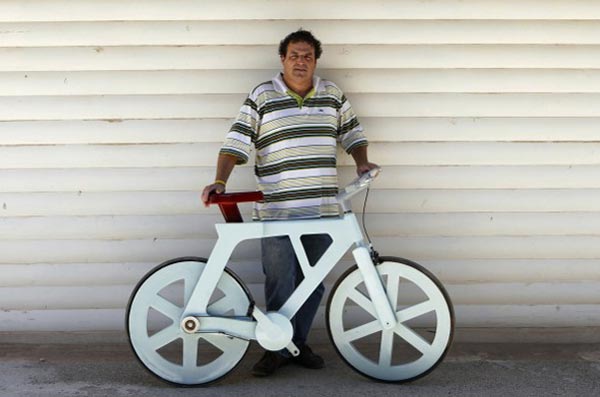 Israeli engineer and systems developer Izhar Gafni has designed an innovative bicycle made out of cardboard and recycled car tires. Each bicycle costs only 9 dollars to produce.

“The idea is like Japanese origami,” he says in the movie. “You fold it once and then it doesn’t become twice the strength, it’s almost three times the strength. So I took it from there and did the same thing with cardboard.”

Izhar spent 18 months just folding the material every-which-way in order to discover a strong enough design, and now he claims his technique is almost ready for mass production. 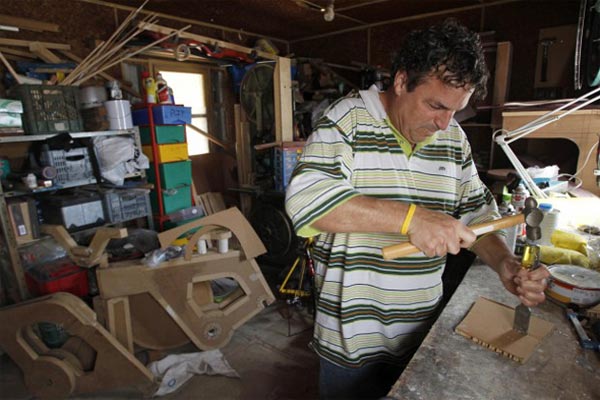 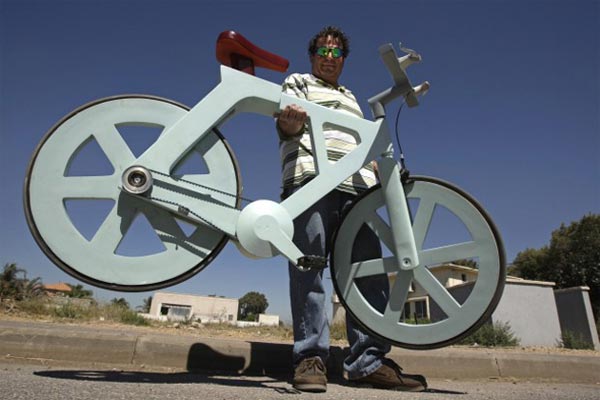 Kevin Bacon Portrait Made Out of Bacon