Microscopic Sculptures: Art in the Eye of the Needle

Willard Wigan MBE (born 1957) is a sculptor from Wolverhampton, England, who makes minute work, where a figure can be as small as 0.005mm tall. He was awarded an MBE for services to art in July 2007.
He is is the only person in the world who can create what can only be described as ‘micro art’.

On average it takes Wigan about eight weeks to complete one sculpture and there is an enormous personal sacrifice involved in his working process. Because the works are so minute, the pulse of the artist’s finger could easily destroy the entire work. Wigan therefore has to control his nervous system to ensure he does not make even the tiniest movement. Wigan, when working, enters a meditative state in which his heartbeat is slowed, allowing him to reduce any hand tremors and work between heartbeats.

Though my sculptures are quite small, it’s important for people to realize that I am life-size. Of course, at times, when I’m working on a piece, I might come to believe that I myself am microscopic. That’s how involved in my work I become. My tiny world becomes everything to me. 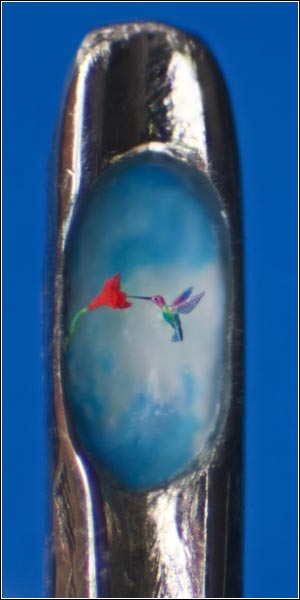 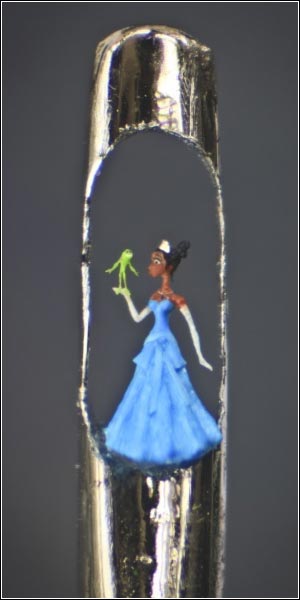 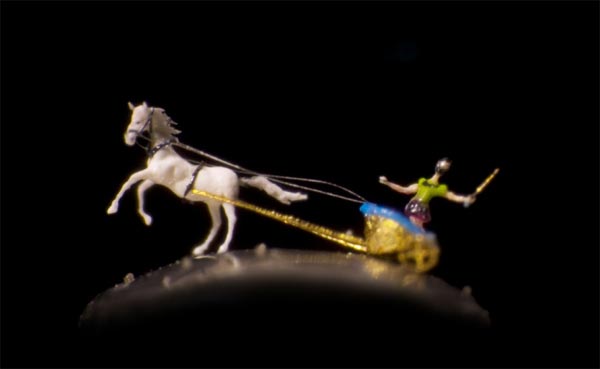 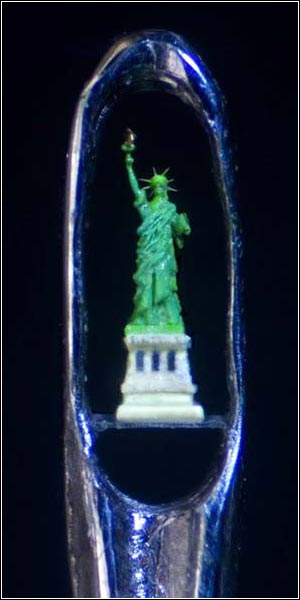 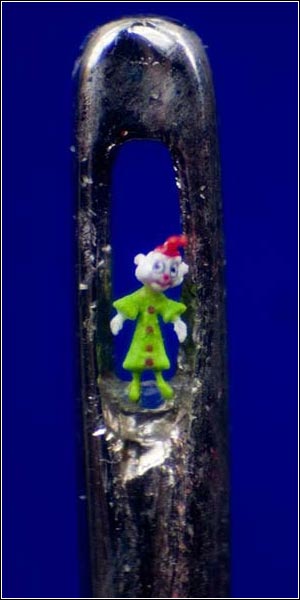 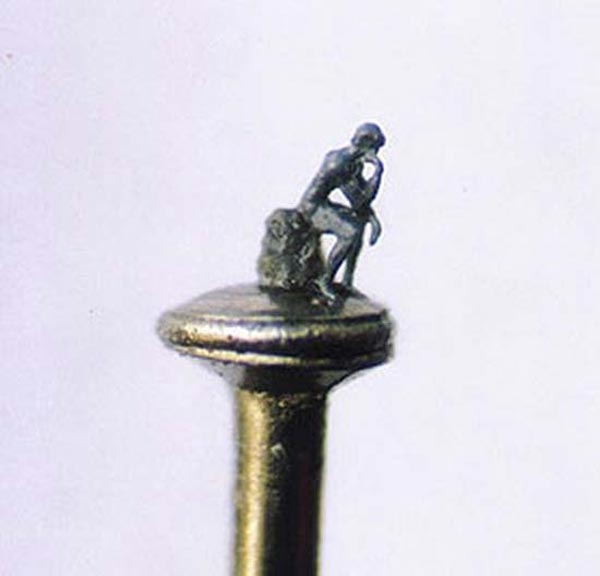 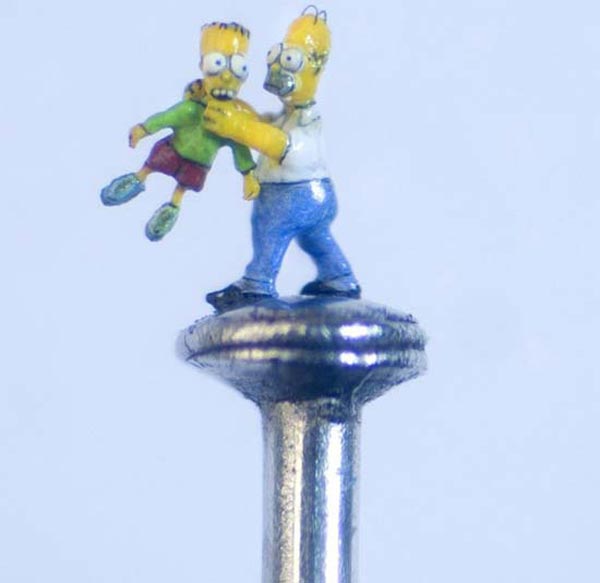 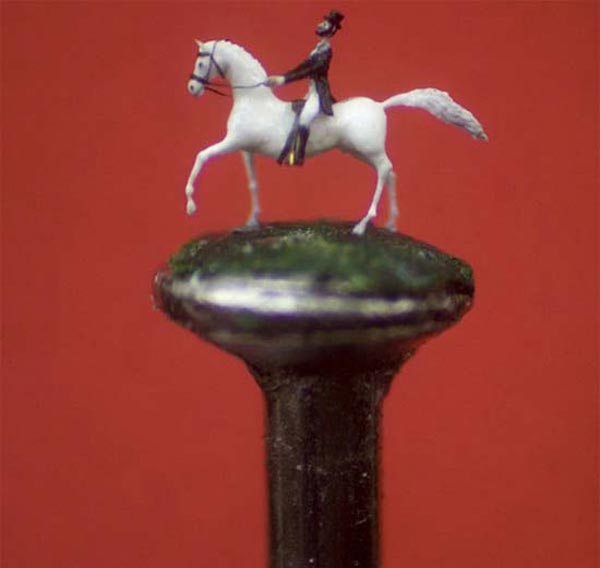 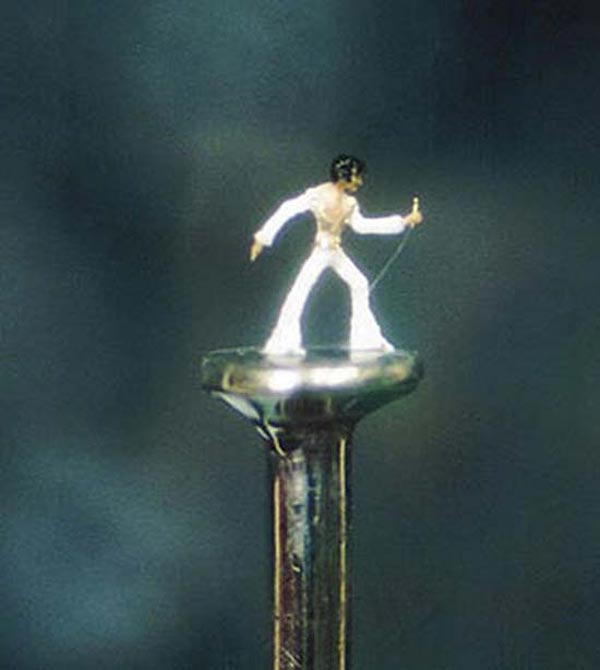 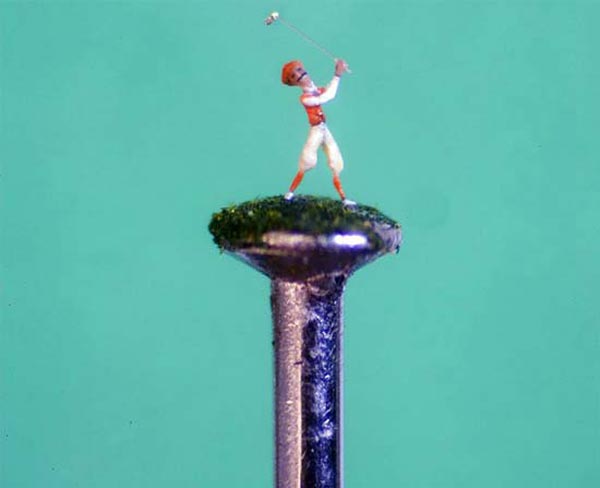 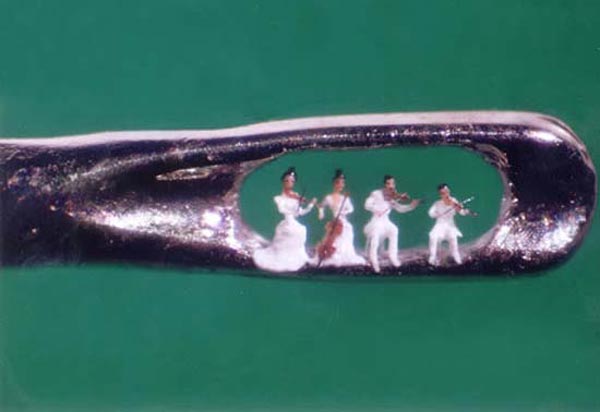 Kevin Bacon Portrait Made Out of Bacon

Jahangir Agha, 9 years ago 1 min read
Around The World, Inspiration