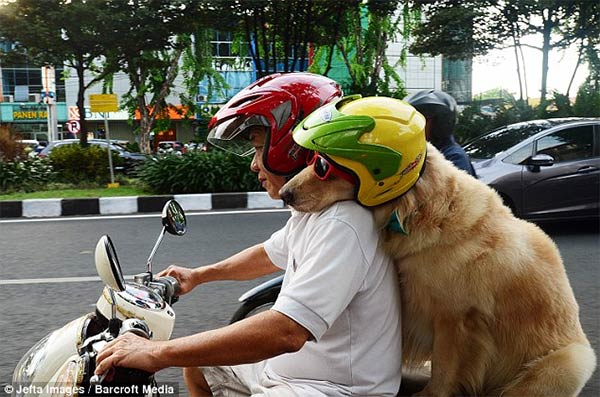 Well-trained golden retrievers wear helmets and sunglasses while cruising on scooter with owner Handoko Njotokusuma. Ace and Armani cruise through Surabaya, Indonesia, while perched on the handlebars or the pillion of his scooter. Wearing helmets and red- or green-framed sunglasses, the dogs and their owner have become local celebrities – drawing curious stares and stunned looks from passers-by.

Handoko’s four-legged companions sandwich him on the bike as they cruise through the streets of Indonesia’s second-largest city. They attract plenty of attention and often stop to pose for photos with onlookers. Ace and Armani – two of Handoko’s four dogs – have been riding since they were just a few months old and now at the age of three they jump onto the scooter whenever they think their owner is heading out. The 59-year-old businessman takes the two pooches for 30-minute journeys around the city.

He said: ‘When they were four months old I taught them to sit on the front of my motorbike. And then at eight months they started to learn to sit on the back seat. 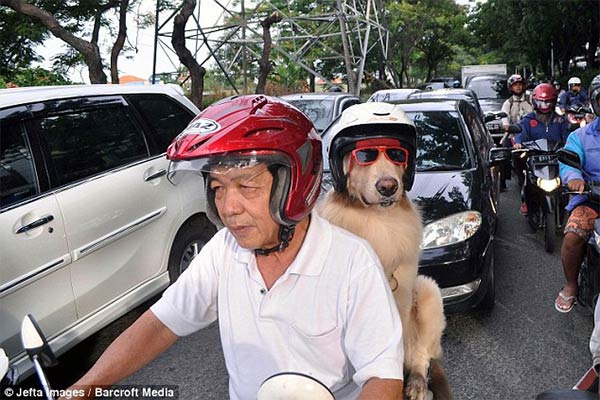 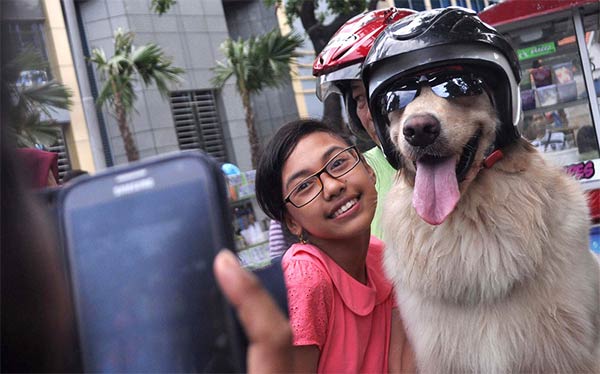 A fan gets a photo with Armani. 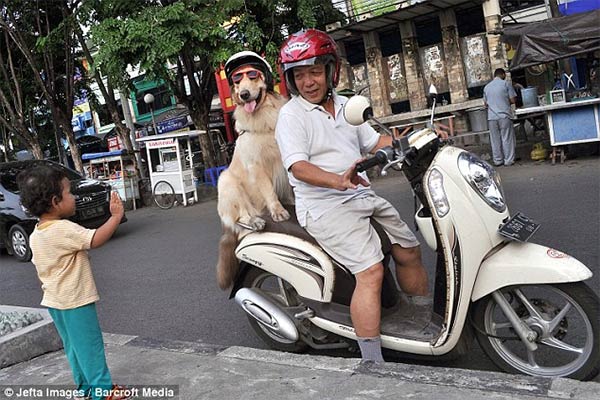 A young child waves hello as Handoko Njotokusumo drives with Ace in the backseat. 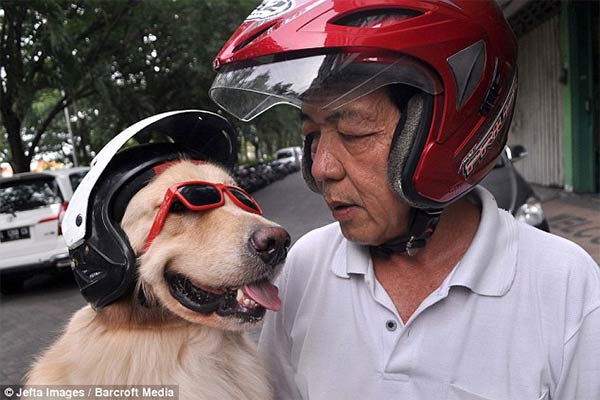 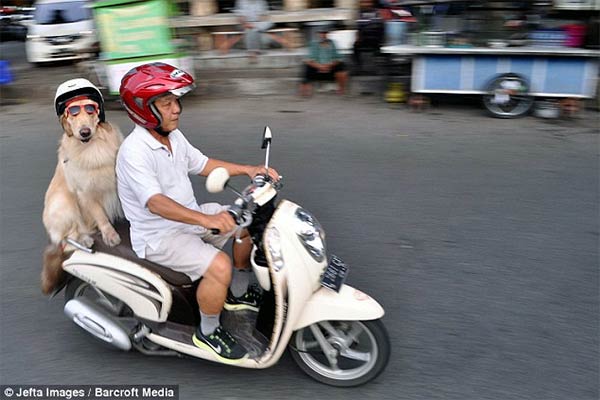 Artist Makes Giant Fire and Marshmallow Out of Snow