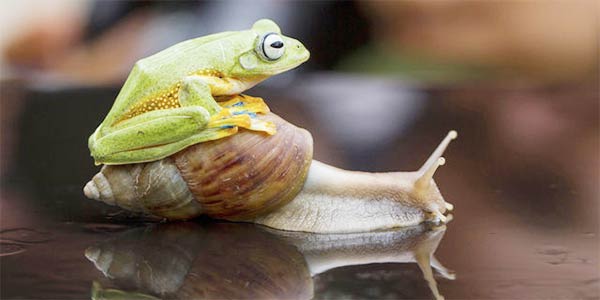 Indonesian flying frog tries to hitch a ride on snail’s back before realising it would be quicker to hop it alone. A tiny frog struck up an unlikely friendship with a giant African land snail after clambering onto its shell to catch a ride. The bright green Wallace’s flying frog was spotted giving the snail a quick kiss before it hopped onto its back where it sat for a few minutes. 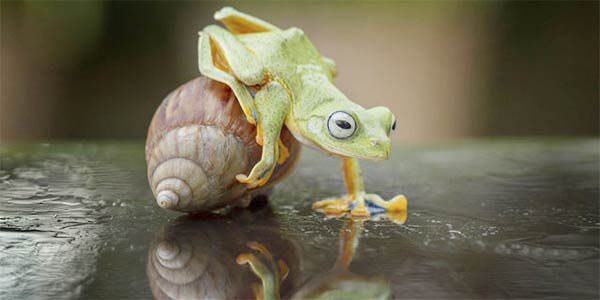 Photographer Hendy Mp, 25, captured the unusual antics in the woods near his home in Sambas, Indonesia, and sat just 30cm away from the friendly pair while they played. “I couldn’t help but laugh when I saw them, it was very funny. I haven’t seen anything else like it”, he said.

Disney Reveals Where They’ve Hidden Mickey In Their Movies, Can You Find Him?

What Not To Say To A Graphic Designer

House in the Middle of the River

Jahangir Agha, 8 years ago 1 min read
Photo of the Day

Learn How To Make Blueberry Jam With This Tiny Bear