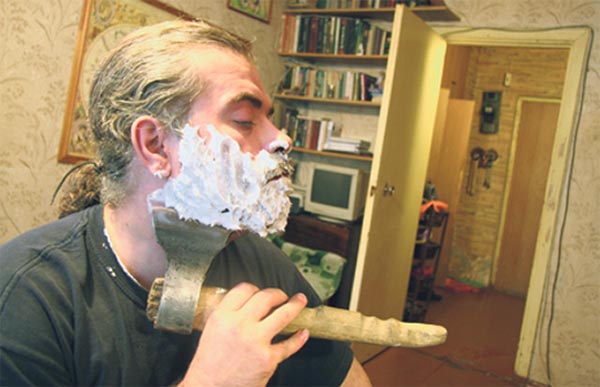 Alexander Karpenko, a 35-year-old English teacher from Nizhny Novgrod, Russia shaves with all kinds of sharp objects, including a shovel, hatchet or scissors, but not with razors.

Impressed by the war stories his grandfather, a WW2 veteran, told him about men who used anything sharp to shave on the battlefield, Alexander first experimented shaving with scissors when he was 16 years old. For the past 20 years, Karpenko has used all kinds of stuff like shovels, chisels or sharp knives to remove facial hair and claims he has never once used a common razor. 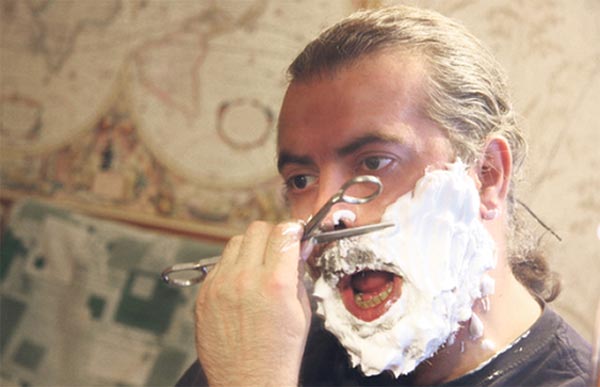 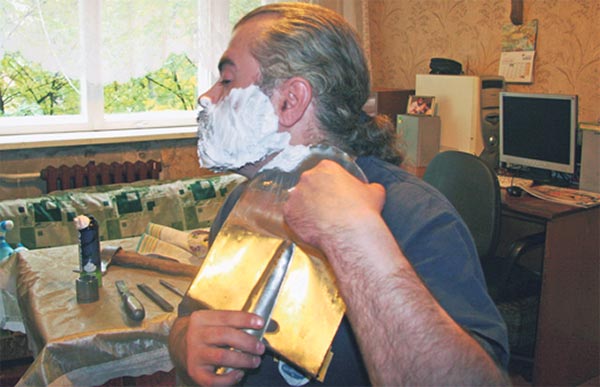 The wacky teacher remembers that when his wife first walked in on him while he was shaving with a hatchet she burst into tears thinking he was thinking about suicide, but she’s gotten used to it over the years. His students also heard about his bizarre daily ritual and asked him to demonstrate shaving with a shovel, but he refused. He claims it’s a dangerous technique that requires years of practice, and that even he still gets a scratch every once in a while.

Karpenko told reporters he loves the smell of metal and the thrill of having a sharp blade pressing against his throat knowing one false move could end his life. Damn dude, it’s just shaving.

Jahangir Agha, 9 years ago 1 min read
Around The World, Humor

Instead of Selfies A Couple Draws Doodles To Document Their Journey

Jahangir Agha, 5 years ago 1 min read
Around The World