Around The World, Photo of the Day, Photography

Photographer Gets A Little Too Close To Lion, Escapes With This Stunning Picture 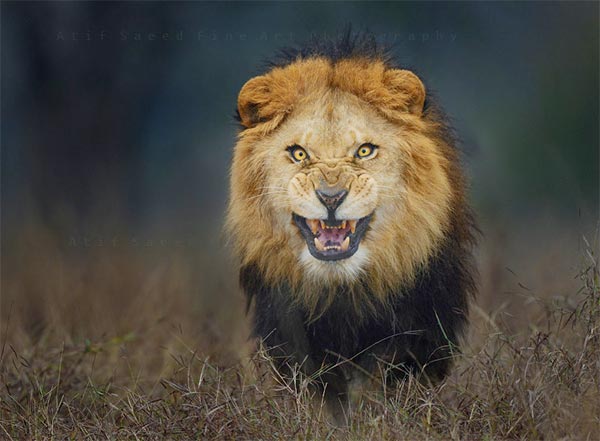 Pakistani photographer Atif Saeed captured this incredible image of a lion at a wildlife park outside of Lahore by slowly creeping out of his car’s open door. “It was an adult male lion and what I liked most about him was the beautiful, dark hair on his neck,” Atif told NDTV on e-mail.

So, in order to click the magnificent animal in its element, Atif stepped out of his car and sat on the ground a stone’s throw from the lion. Incredibly brave or terminally foolish? “I must show the character and status of lion,” Atif thought to himself at the time. Also, this was the only way he could get the natural photo he wanted.

Within a matter of seconds, the beast noticed the trespasser and leapt towards him. Atif just barely managed to reach his car, not only with his life but also with a great shot to boast of. Asked if he would do this again, Atif seemed skeptical. “I was laughing at that time, but now I don’t think I will be able to do it again,” he said.

Jahangir Agha, 4 years ago 1 min read
Around The World

Brave Boy Risks His Life To Save A Drowning Baby Deer

Jahangir Agha, 7 years ago 1 min read
Around The World, Humor