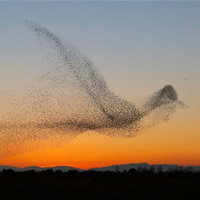 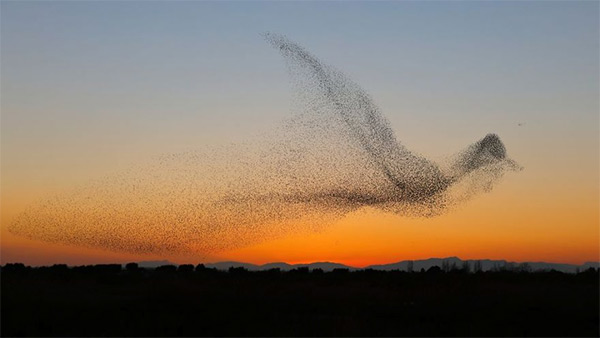 Photographer Daniel Biber from Hilzingen, Germany was there when the starlings began to swirl and twist, most likely the result of a predator such as a falcon or hawk being in the vicinity. It was almost supernatural that in response to the predator, the cloud of starlings ended up twisting and turning themselves into a giant, single bird, as if to say to their tormentor, “we are bigger than you.”

The photos have earned Mr. Biber a prize in an international photography competition, but he didn’t realize that he had captured such unique shots until later on. “Only when I checked the pictures on the computer later, I realized what formation the starlings had created,” he told the Daily Mail

. “I was so concentrated on taking pictures at the time that I hadn’t realized that the starlings had created a giant bird in the sky.”

Jahangir Agha, 6 years ago 1 min read
Photo of the Day

Sumo Wrestler Made Out of Food

Giant Granite Rock in The Shape of Split Apple