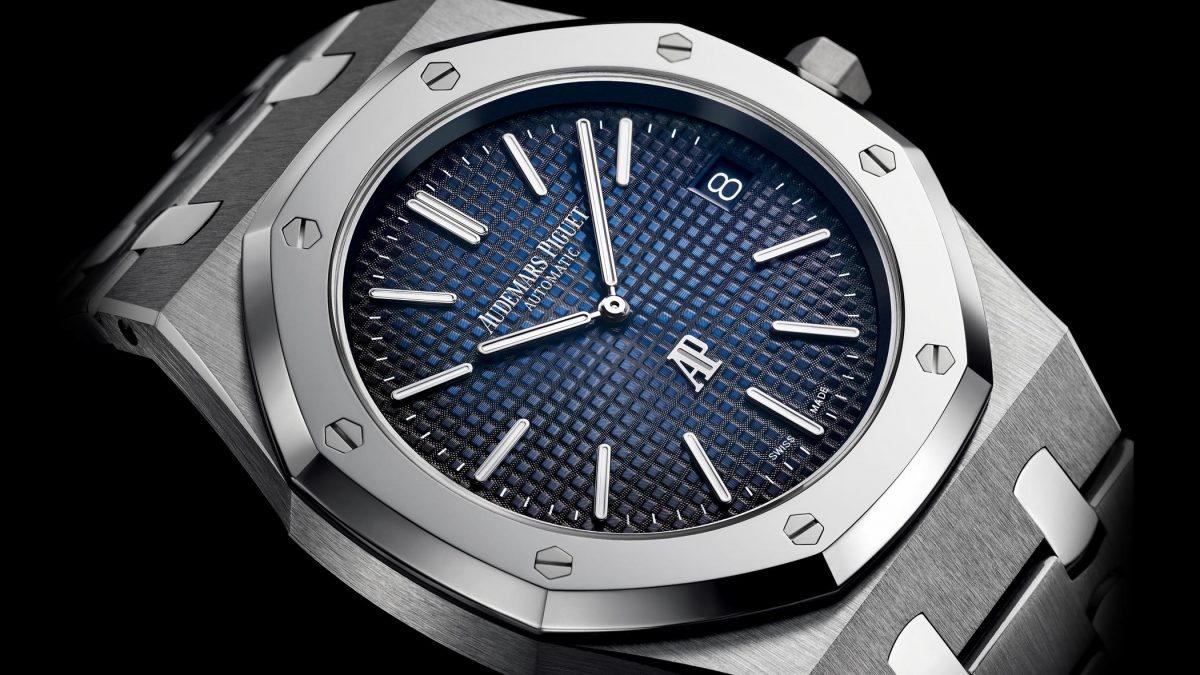 “With its steel case, octagonal bezel, “tapisserie” dial and integrated bracelet, the Royal Oak overturned the prevailing codes in 1972 and took its rightful place as a true modern icon.” – audemarspiguet.com

This query is valid and deserves a well-thought-out answer. Hence, by way of answering this question, let’s consider why the Royal Oak by Audemars Piguet has been, and is, such an inspiration to many.

A concise history of the Royal Oak

As highlighted in the opening quotation, the Royal Oak was first released in 1972. And, in many senses, it is a counterbalance or juxtaposition to the 1970’s watches with light-up displays and LED (Light Emitting Diode) digital watches.

The backstory to the Royal Oak is that Audemars Piguet (AP) executives rushed in desperation to the watch designer, Gerald Genta, asking him to design a timepiece that would compare favourably with these new funky watches. The brief was that it needed to be a waterproof steel sports watch, and he had less than 24 hours to come up with the design.

A new generation of chronographs was born.

And, as an aside, this timepiece would go on to save Audemars Piguet and put the brand on the map as one of the most successful watch brands in the world.

The Royal Oak’s design was inspired by the deep-sea diving helmets of the day. The bevel is an octagonal shape with eight hexagonal screws, evenly spaced around the bevel and level with the top of the bevel.

Without going into the mathematical correlation between the numbers 8 and 6, suffice to say, both the octagonal and hexagonal shapes provide a harmonious, balanced look and feel with both sides of the vertical axis being mirror images of each other. It is also worth noting that there are eight hexagonal screws. The eight screws once again match the octagonal or 8-sided shape of the watch.

This watch is manufactured from the highest quality stainless steel. And when it was first released in 1972, it was the first stainless steel luxury watch. The watch’s raison d’etre was to bridge the gap between the hard-working sports watch designed for day wear and the classy dress watches that are designed for black-tie events.

The Royal Oak is still manufactured today. Modern iterations of this classic, multi-purpose chronograph include variants with diamond-encrusted bevels, watches with tourbillons or additional mechanisms to increase the watch’s accuracy, and watches that have built-in perpetual calendars.

Reasons why the Royal Oak is so popular

As an aside, it is interesting to note that when Audemars Piguet developed and released a new range of timepieces in 2019 that are not related to the Royal Oak, AP pundits were not happy. They made it clear that the Royal Oak range is where it is at.

Alex Williams published an article titled, “How the Royal Oak Watch Became a Cult Classic,” on the nytimes.com site, explaining why the AP Royal Oak chronograph is a such a success:

In summary, the AP Royal Oak’s design is striking. It doesn’t look like any other watch. It bridges the world where a hard-working man wears a hard-wearing watch and the world where showy dress watches are worn to convey an image of wealth and success at black-tie events. Finally, to broaden its target audience and its reach, the company uses the right influencers like Le Bron James to meet its marketing and advertising goals.

Video Invitation Is The Current Trend - How Will You Do It Perfectly?

How to Make Mac Faster: 3 Ways to Boost Performance

Good Health at Gym of Muay Thai for Everyone