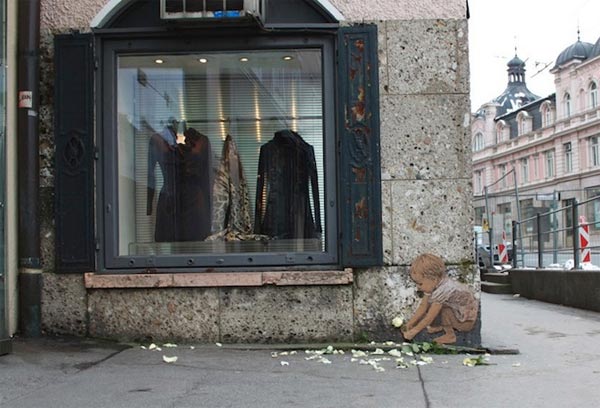 Inspired by the emotions on the faces of homeless and street children and to draw more attention to their fragile conditions street artist Michael Aaron Williams created a series of art named homeless street art. Since he loves hand-made art he puts homeless street people (made with cardboard) in places where others will find them.

He doesn’t glue them up with the walls but simply tapes them so that anyone who passes by might want to stop, take them off the wall, and bring them home. Ultimately, it’s up to the viewer to decide on the fate of these characters; whether they’ll end up discarded, trampled on, and thrown away or lovingly taken home. 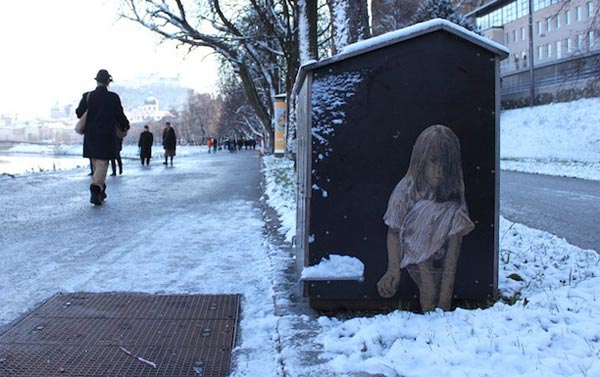 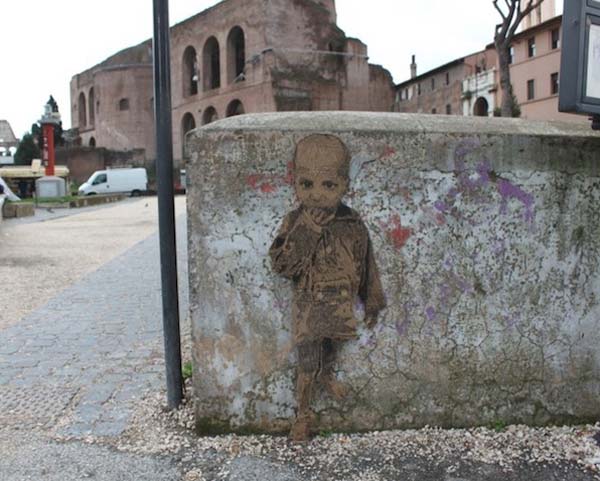 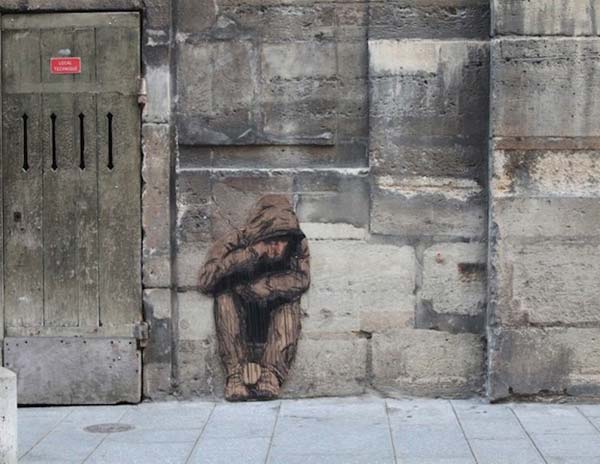 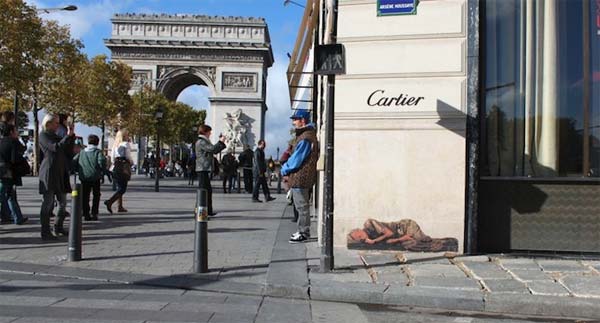 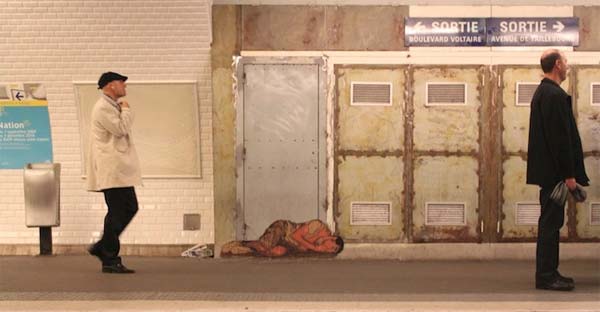 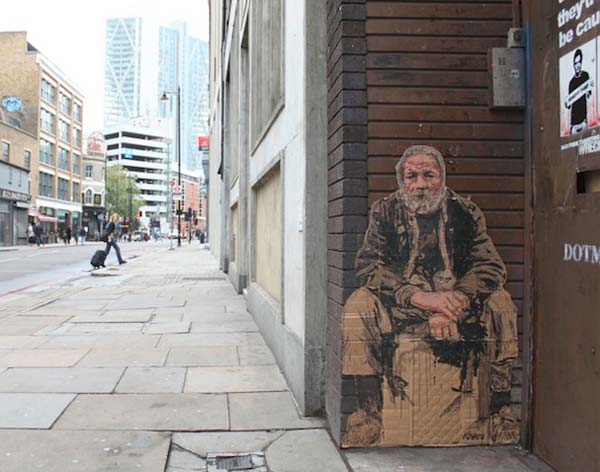 Famous Paintings Made of Food

Amazing Landscapes Made of Food