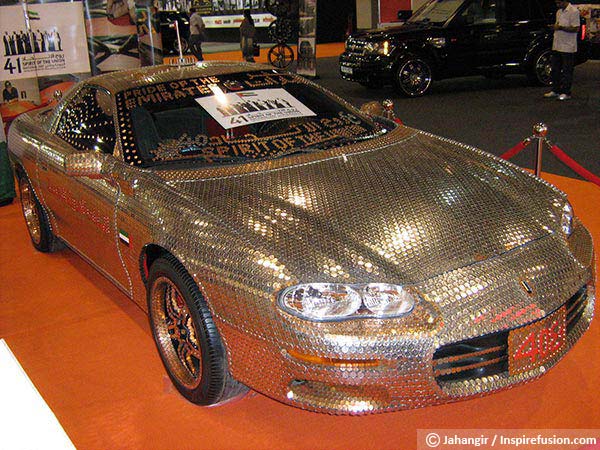 Tariq Javaid, a long-time resident of the Emirates, had a dream to decorate a car in a way which no one has attempted before. As the momentous occasion of the UAE’s 40th anniversary came closer, he decided to decorate his son’s 1998 model Chevrolet Camaro with Emirati coins.

It took about 3,000 hours to complete the car fully decorated with UAE coins. The process involves initial pasting, cleaning, polishing and then adding the final lacquer application. It does not end there because he also added the UAE flag and tower on the roof of the car for which he used 543 coins. 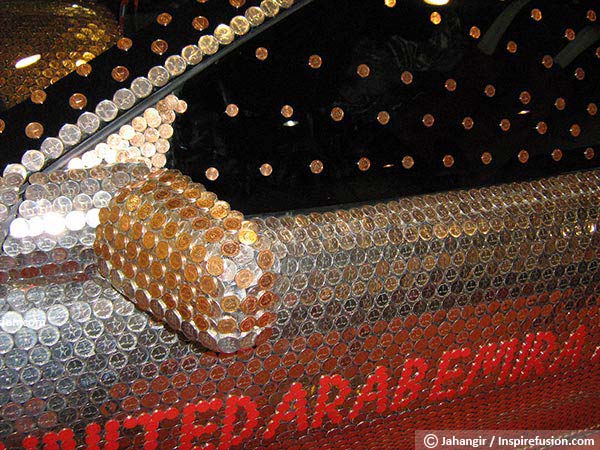 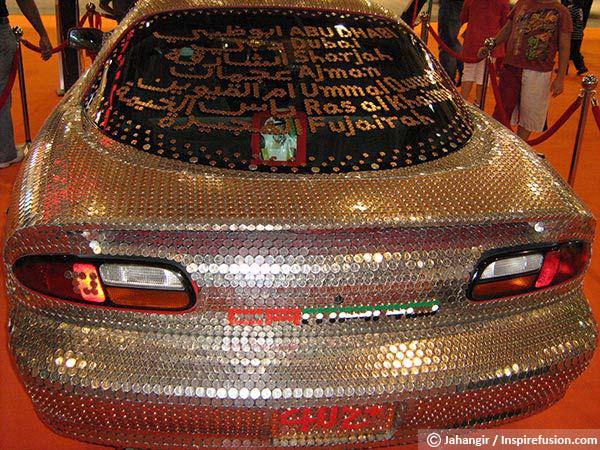 Javaid pointed out that he has fixed coins to cover the whole body of the car in a way that it appears to be completely uniform from each corner. “The geometric layout of the coins includes the alternate use of the ‘heads’ and ‘tails’ of the one dirham coins all over the body.

Occasionally I had to remove a few coins and re-apply them to achieve the same effect when the vehicle is viewed from either side,” he said. 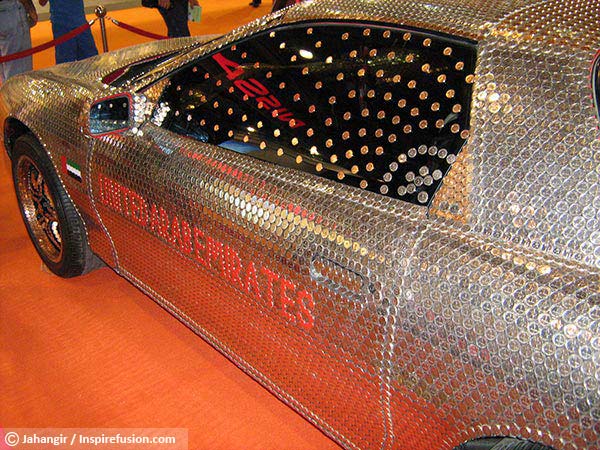 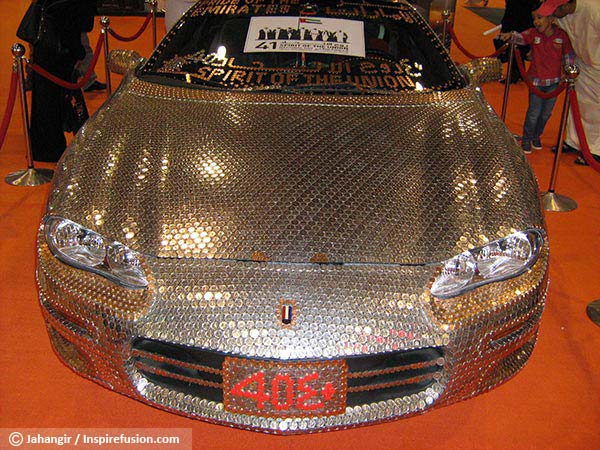 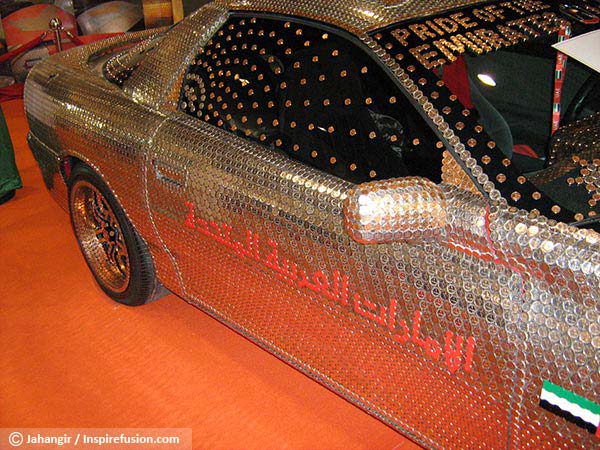