No Politics. Just A Joke by Victoria Tsarkova 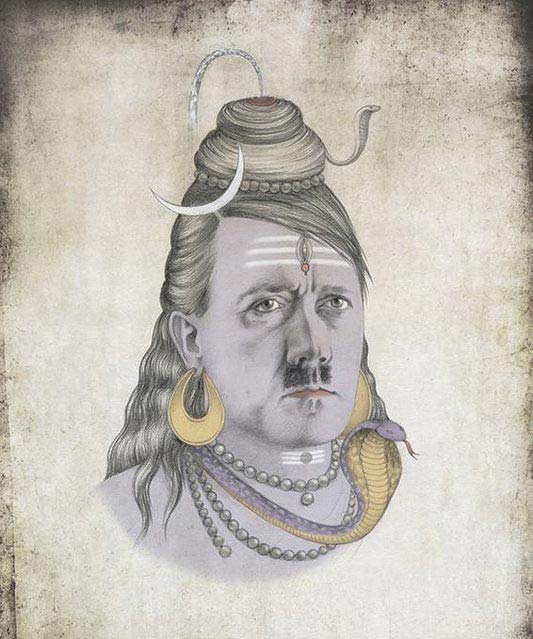 Russian artist Victoria Tsarkova has created a funny series of portraits of the key figures from the world of politics and culture, mashing them up in really unexpected way. Her project called “No Politics. Just a Joke” includes the funny portrait of Russian President Vladimir Putin, the controversial Italian Politician Silvio Berlusconi and the Queen of England. It also has some big names from the past like Adolf Hitler, Steve Jobs and Joseph Stalin.

The project objective, according to Victoria, was to make people smile and to relieve tension, creating that result using a strong political and cultural context. 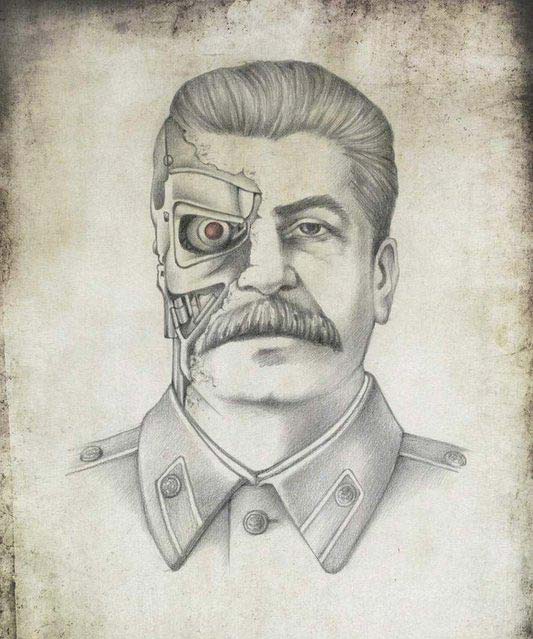 Joseph Stalin as The Terminator 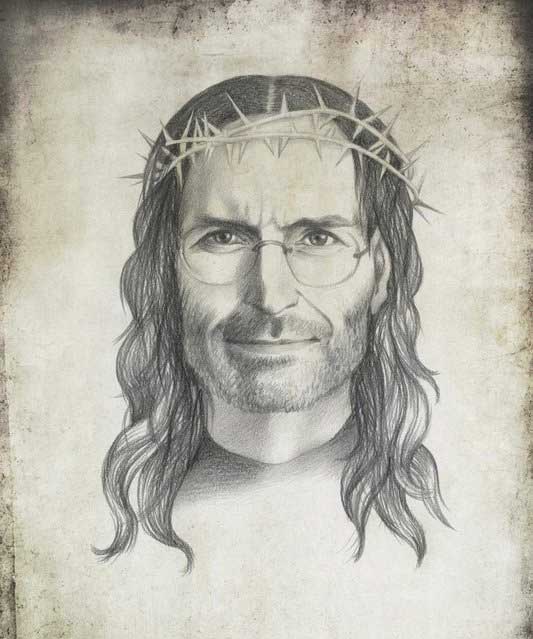 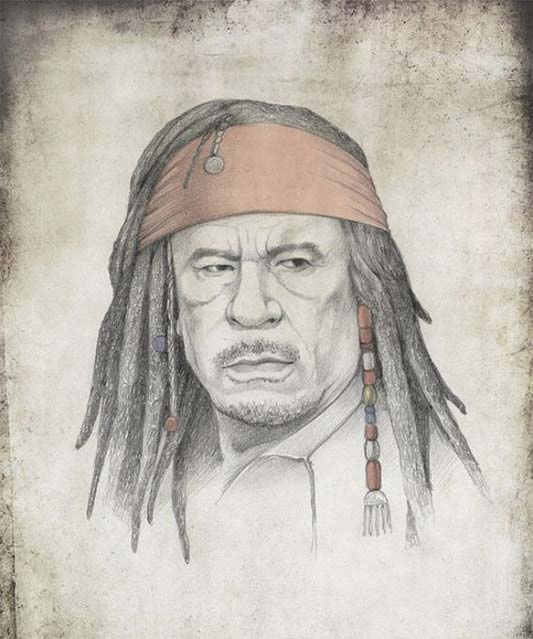 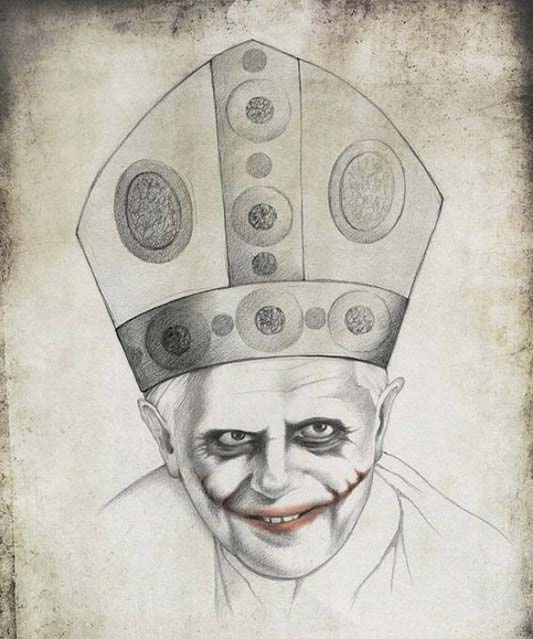 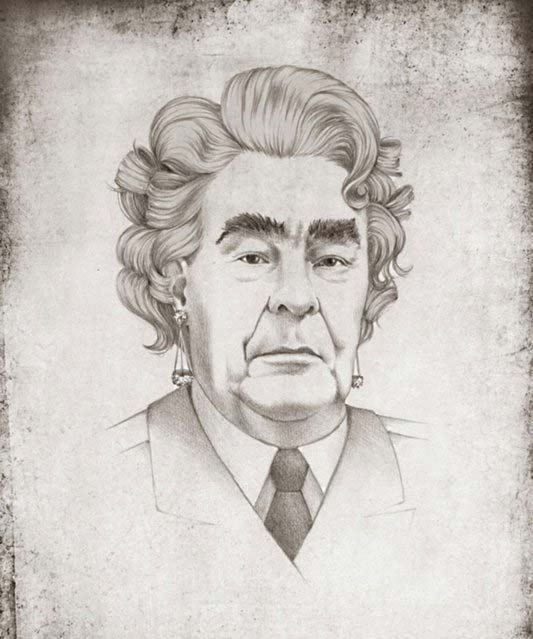 Leonid Brezhnev,General Secretary of the Communist Party of the Soviet Union as Merlin Monro 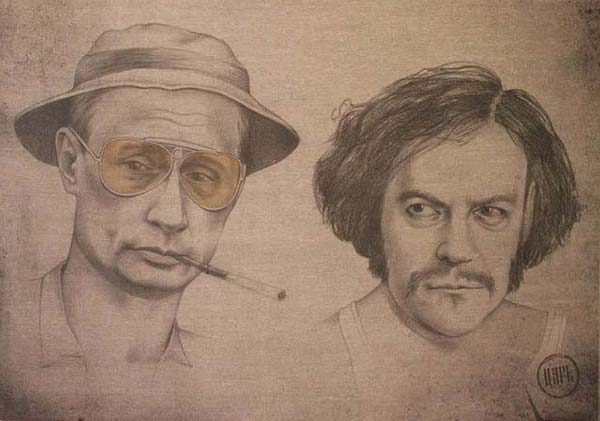 Vladimir Putin and Dmitry Medvedev as Raoul Duke and Dr. Gonzo from ‘Fear and Loathing in Las Vegas’ 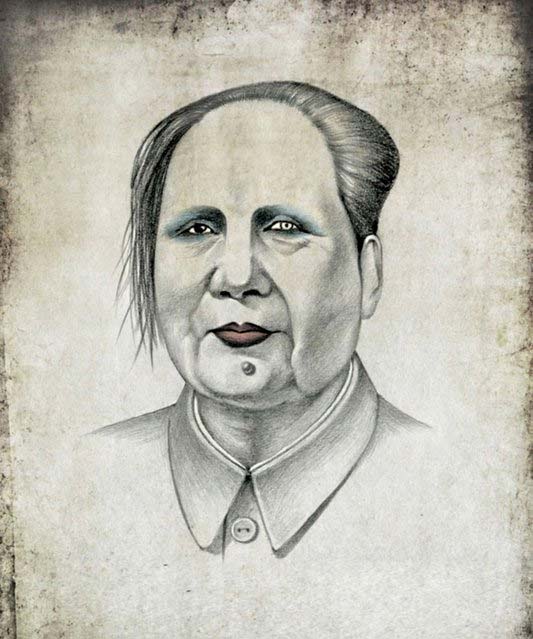 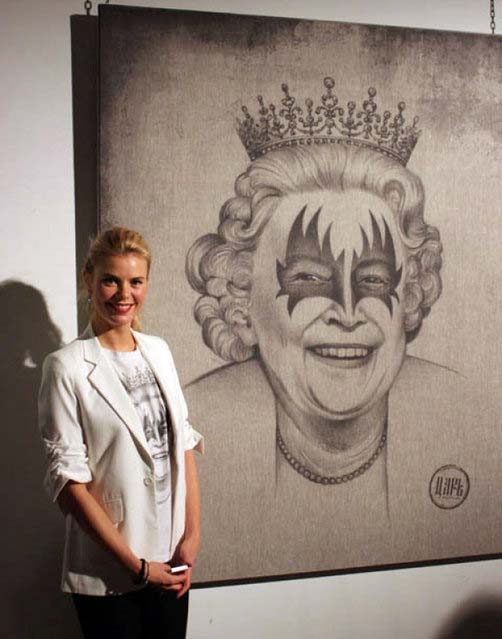 Singers Portrait Made From CDs

Jahangir Agha, 10 years ago 1 min read
Around The World, Humor