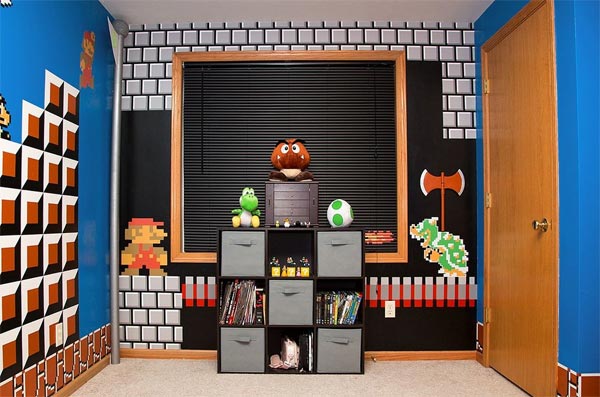 Beautiful Super Mario themed Bedroom designed by creative father Dustin Carpenter for his 13-year old daughter. It all started when her daughter wanted to kind of redo her room and first she asked if he could make a bat cave and then asked about a Super Mario bedroom and he said, “yeah, we can do a Mario bedroom.”. In the beginning it was not as detailed as it ended up being, he added.

The room also includes a flag pole, which pays homage to the triumphant moment in the game when Mario raises a flag after each level is completed, as well as Mario-themed bedding, blinds and character plush toys and pillows.

What helps make the room come alive are the various push buttons that play different sounds from the game, such as the “1 Up” sound and the “dum-dum-dum” when Mario goes down a green tube. The light switch – which is designed to look like the vintage Nintendo controller – plays the classic Super Mario Bros. theme song.

“It was relatively cheap,” Carpenter said, referring to the push buttons. “It’s a little circuit board connected with two wires to a very flat speaker.” 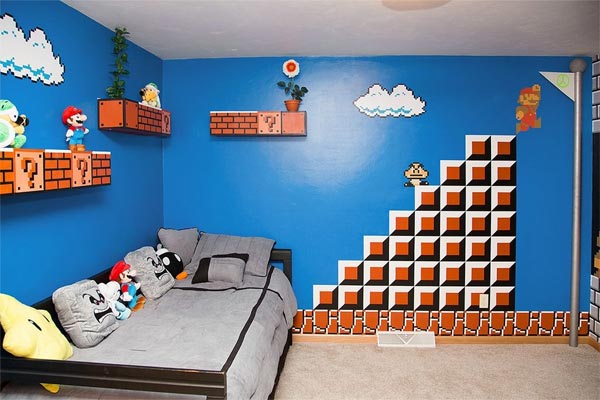 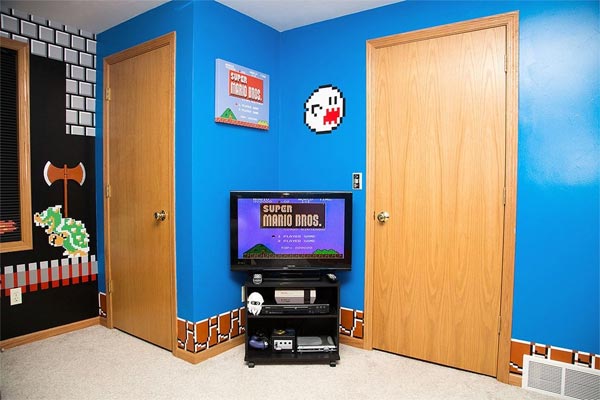 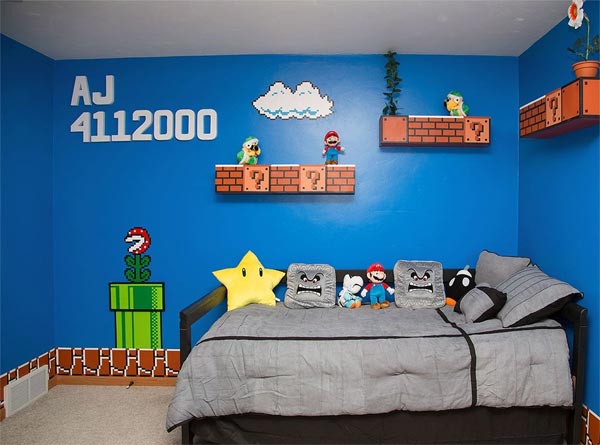