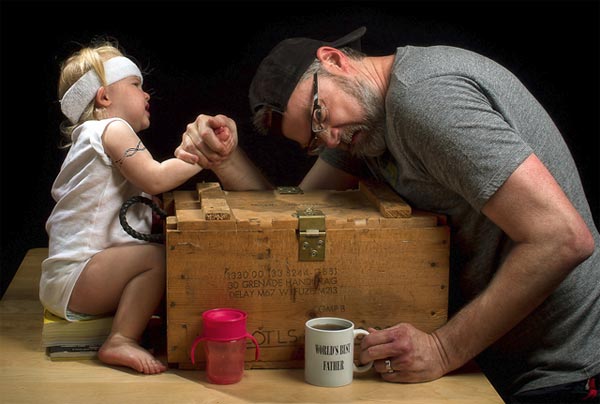 Engledow says, “Since the birth of our daughter Alice Bee in December 2010, the majority of my inspiration has stemmed from creatively documenting the first moments of her life in our family.”

I’ve always used humor as a way to deal with my personal fears and neuroses, and in many way these images are often an attempt to do just that–to illustrate humorously the fears that I and, as I’ve learned, many other new fathers have about fatherhood. 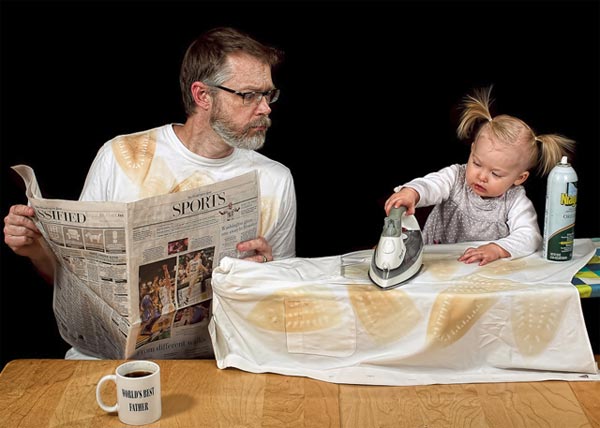 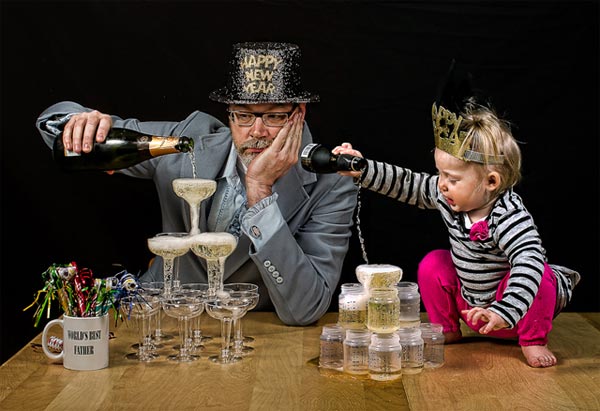 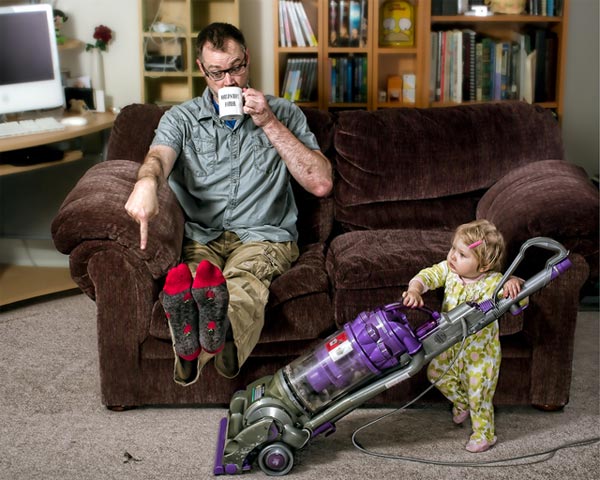 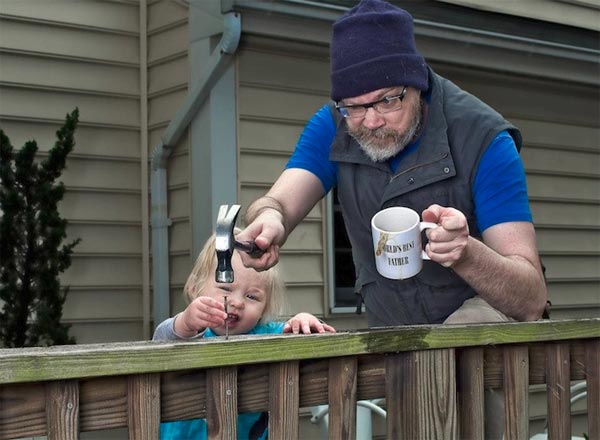 My wife Jen has been a wonderful partner in helping create most of these images. While rarely appearing in the final shot, she has constantly been there behind the scenes to help ensure that Alice Bee is always safe and happy, and to provide inspiration and editorial help.

And even while stationed overseas, she still is able to provide insight and assistance with image selection via google hangout. 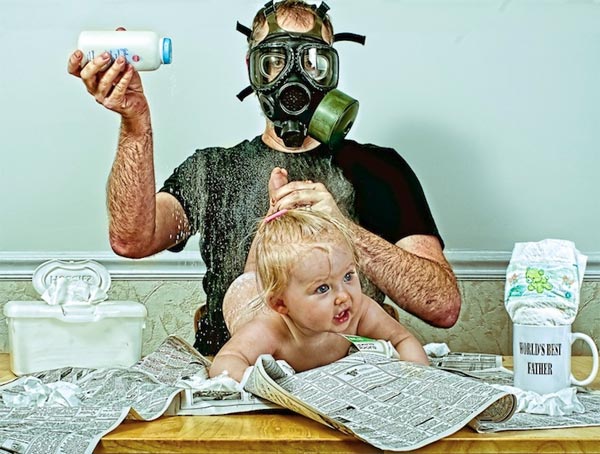 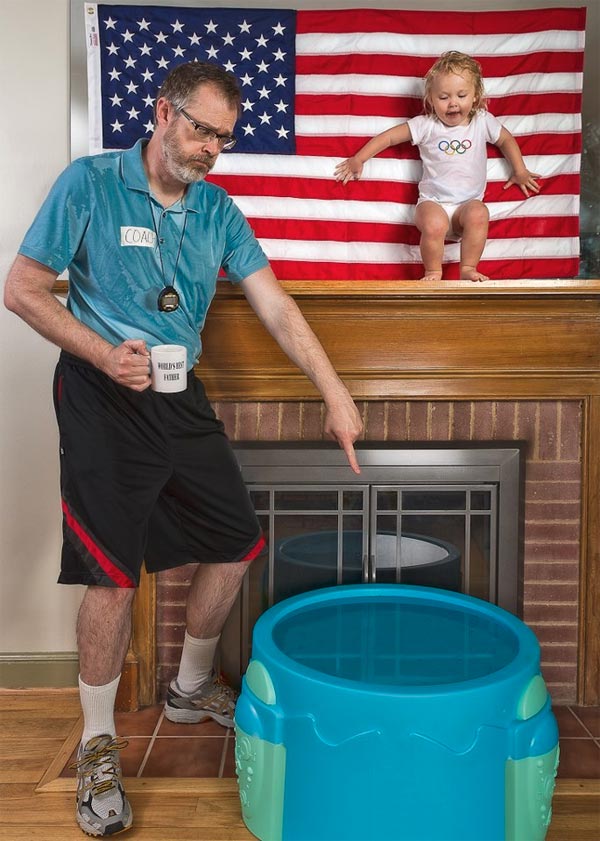 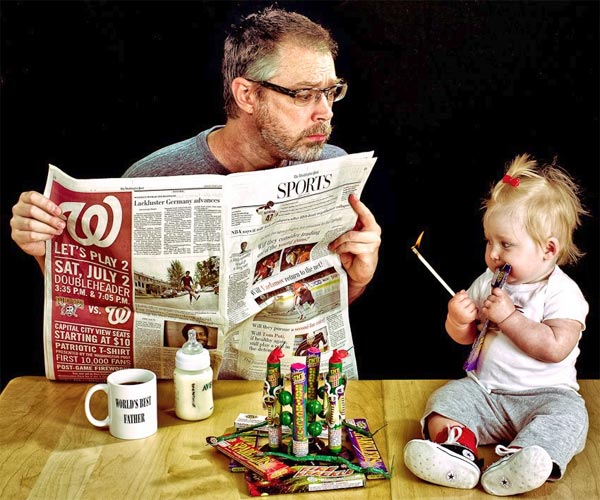 The Girl with the Photoshop Tattoo

Drunk Guy’s Friends Made Sand Bike For His Buddy

Instead of Selfies A Couple Draws Doodles To Document Their Journey

Jahangir Agha, 5 years ago 1 min read
Around The World, Photo of the Day, Photography