Art in Denim by Ian Berry 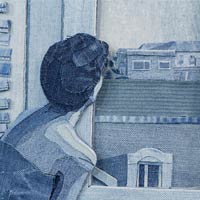 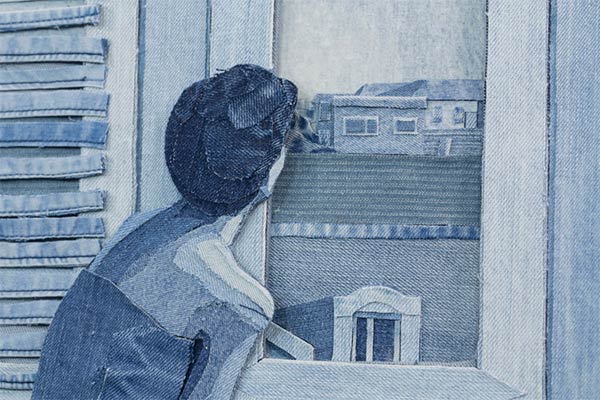 creates incredibly detailed art with denim. His work revolves around melancholic urban scenes, usually depicting the lonely and less glamorous side of living in the city. Berry chose jeans as his material because he claims that denim is one of the dominant parts of urban lifestyle.

It is hard to believe that this all started by one simple observation. Noticing a pile of old jeans and noticing the contrasting shades of blue. Some scissors and glue later he soon became one of the most talked about young artists. While he acknowledges that it started out as an experiment, while working with denim he started to realize his own connection with jeans – and especially other people’s. A material that we feel so comfortable with. 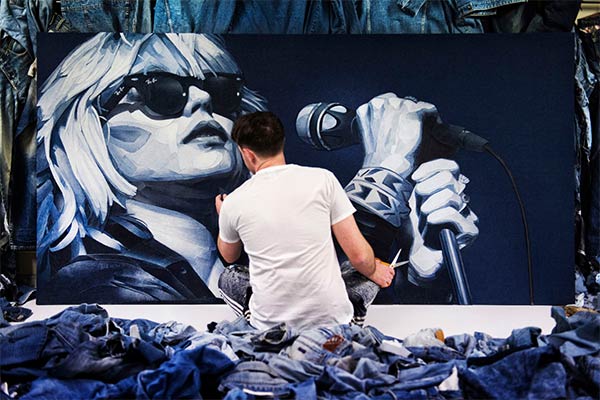 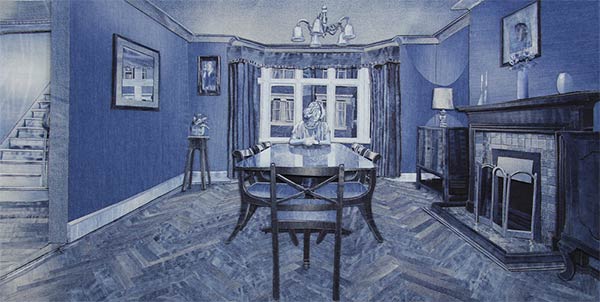 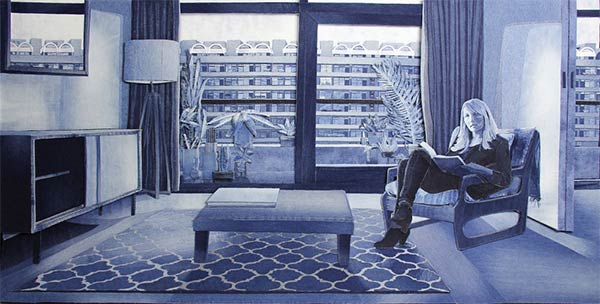 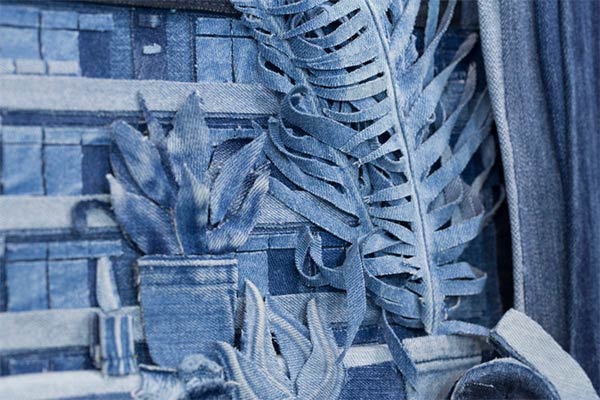 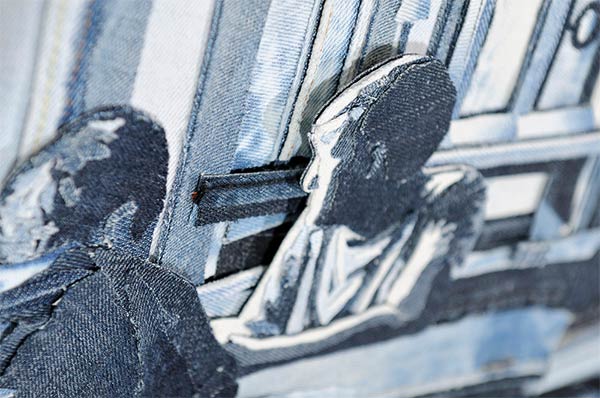 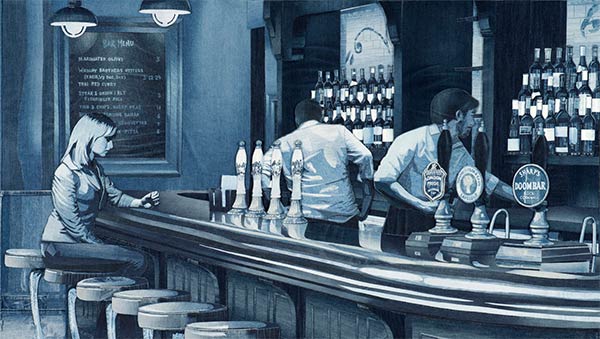 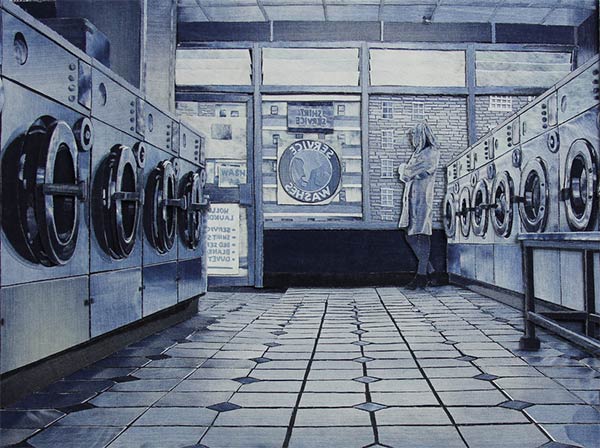 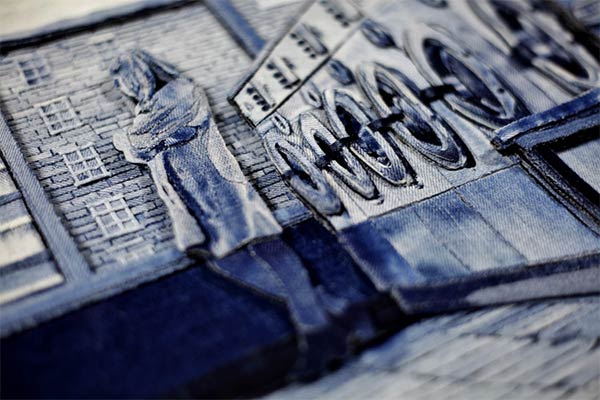 Singers Portrait Made From CDs

Amazing Landscapes Made of Food