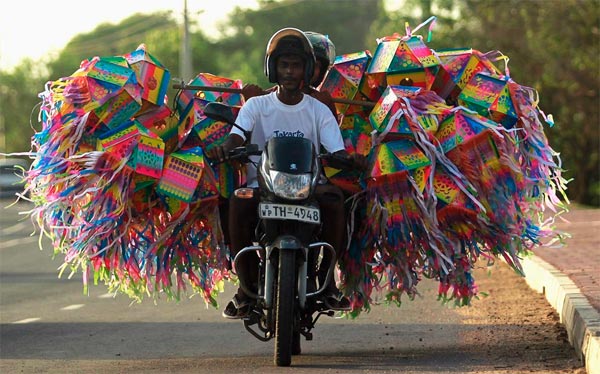 A man transported lanterns on his motorbike ahead of Vesak Day celebrations in Colombo, Sri Lanka. The festival, celebrated on May 5, commemorates the birth and enlightenment of Buddha. 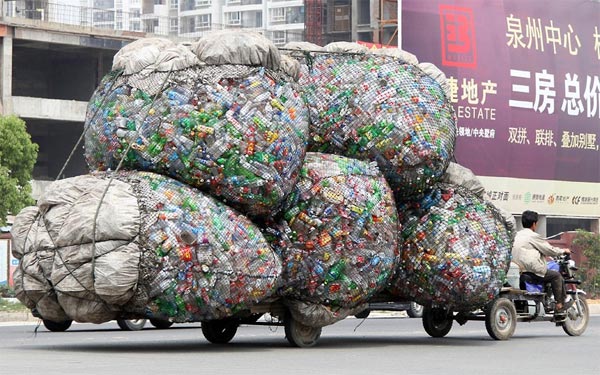 A man drives a motorised tricycle carrying bags of plastic bottles for recycling in Jinjiang, China. 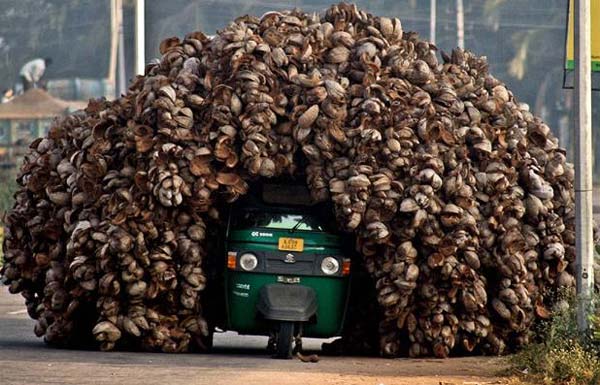 This coconut gatherer was so desperate to get his haul to market in Mysore, India, that he stacked them on his three-wheeler. 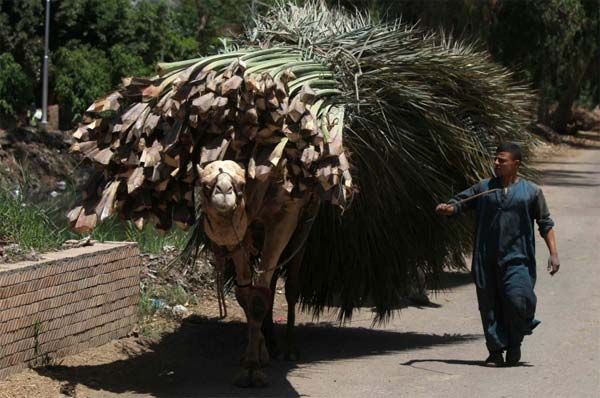 An Egyptian farmer leads his camel as it carries Palm fronds in the village of Saqqara some 40 kilometers south of Cairo. 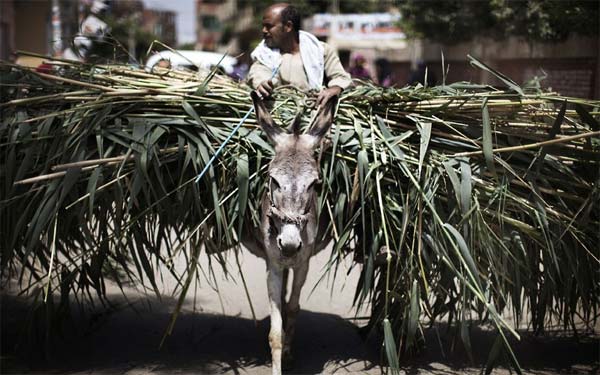 A farmer rides his donkey past a polling station in the village of Namul, 60 kms north of Cairo. 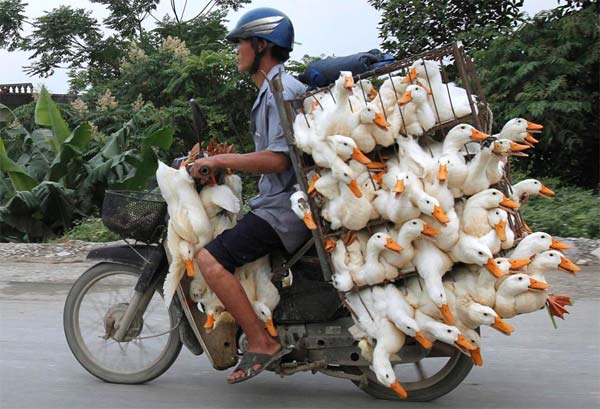 A man transported ducks on a motorcycle to a market in Nam Ha province, Vietnam. 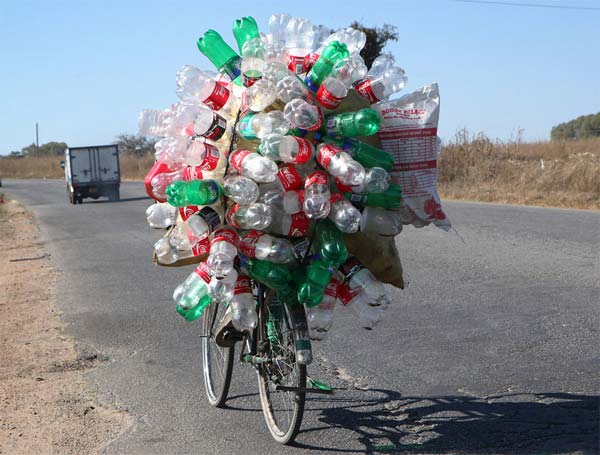 A man carried empty plastic bottles for recycling on his bicycle in Harare, Zimbabwe. 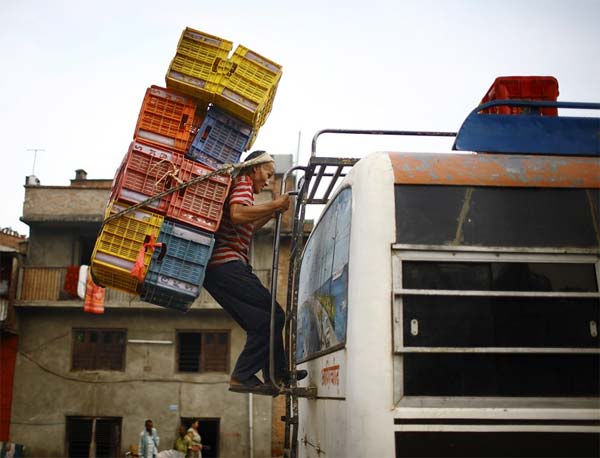 A porter loaded baskets used to carry vegetables and fruits on top of a bus near a vegetable market in Katmandu, Nepal. 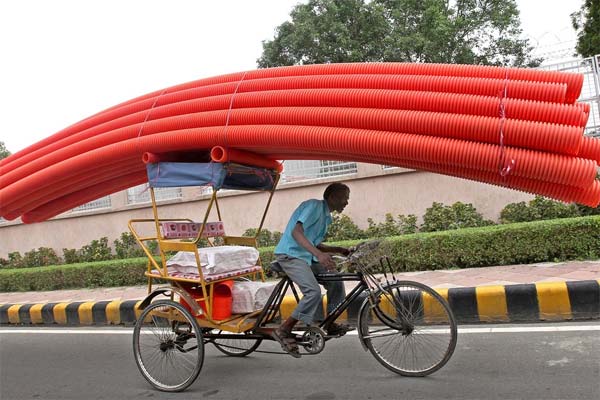 A man transported plastic pipes to a construction site on his bicycle rickshaw in New Delhi. 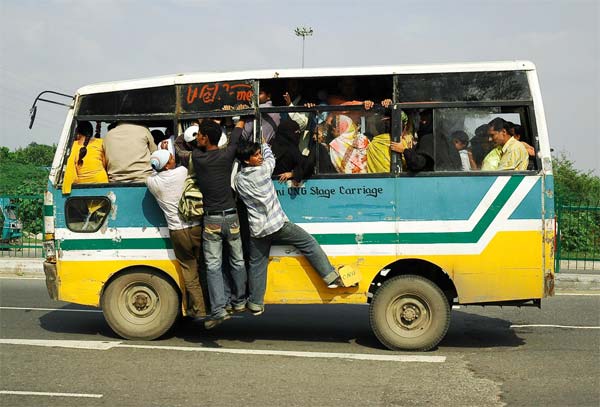