5 Photos That Will Restore Your Faith in Humanity

Whenever we turn on the news, we’re greeted by sad stories of unemployment, robberies, and wars between nations. Sometimes, we just need a little pick-me-up, and these photos of humanity doing what it does best certainly do a good job of raising our spirits and restoring our faith in humanity:

A Man Gives His Shoes To A Homeless Girl 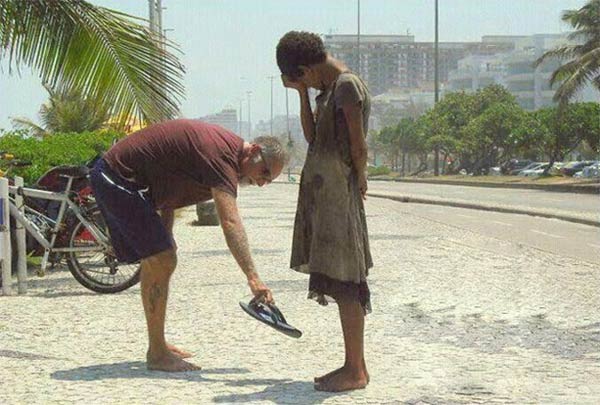 An article on Forbes says that we’re in the midst of an unmistakable travel boom, with travelers spending $217 billion in travel in 2012 – the same year that a record-breaking 1 billion international tourists was recorded by CNN. With so many people traveling to foreign places to see beautiful sights, it’s easy to lose track of how the other half lives. Brazil is the perfect example – renowned for its beaches, we often forget that much of its population suffers from extreme poverty and unemployment. This picture shows a tourist who’s seen this firsthand, and instead of turning a blind eye, decided to give his shoes to a homeless girl in Rio de Janeiro. 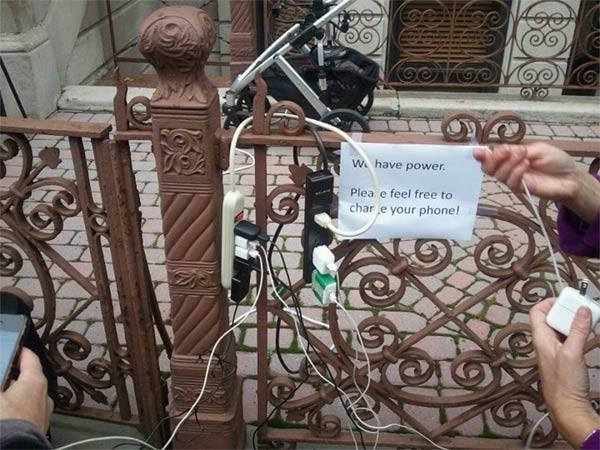 We rely on our phones more than ever. The owners of mobile gaming website Pocket Fruity say that there were 1 billion smartphone users in 2012, but that number is set to double by the end of this year. It’s become one of our most trusted, needed gadgets, and when the power goes out and we’re unable to charge our phones, we become somewhat crippled. This image shows how we can use the small things to mean big changes for people in our neighborhoods. 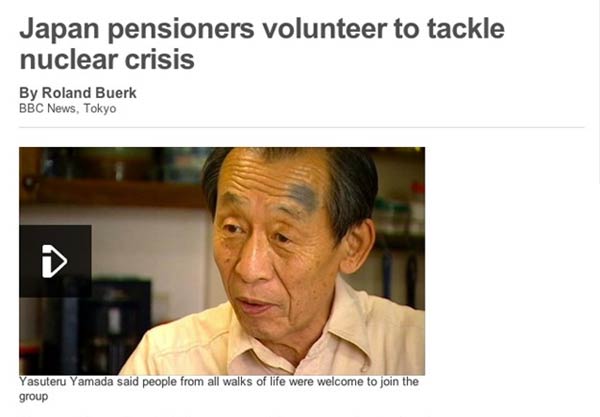 Some of the biggest problems in the world we’re living in today are environmental, and as news of nuclear reactors melting down and chemical waste being thrown into the ocean abound, we’re left to wonder, “Who’s going to clean that stuff up?” In Japan, it’s pensioners who have stepped up to plate. With a love for their country so inspiring, they’ve come together to help face the nuclear crisis so the younger generations wouldn’t have to subject themselves to the dangers of radiation. Read more about the story on the BBC.

Perfect Example of Parent’s Love For Their Child 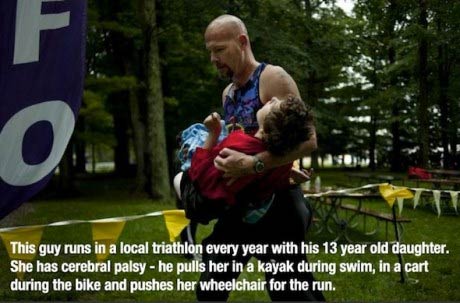 There’s nothing more powerful than a parent’s love for their child, and this triathlete shows that he carries his love for his daughter in everything he does. Rick van Beek has been competing in triathlons, carrying his 13-year-old cerebral-palsy afflicted daughter with him. “She is my heart, and I am her legs,” he tells The Daily Mail. Many people have taken to calling van Beek “father of the century”, and we can see why.

Every Evening, This Man Takes His Sick Dog To A Lake Because The Water Helps His Pain Subside 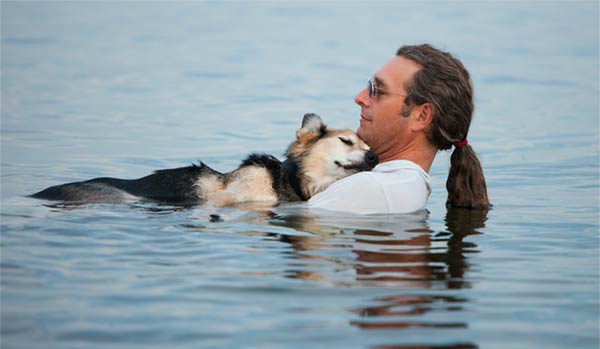 Dogs aren’t called “Man’s Best Friend” for nothing, and for many dog owners, their dogs become as much a part of their families as their own children. For John Unger, there’s nothing he wouldn’t do for his dog Schoep. The image above captures Unger as he carries Schoep in the waters of Lake Superior in order to soothe the dog’s arthritic pain, because it’s the only way the dog can get any sleep. HuffPost has more on the story.

Tags #Dog #Faith in Humanity #Love
Photo of the Day

Jahangir Agha, 11 years ago 1 min read
Around The World, Photo of the Day

Five Men On An Electric Bicycle

Brave Egret Rides On The Back Of Alligator

Little Dog Dressed Up As Sheriff