Around The World, Humor, Photography 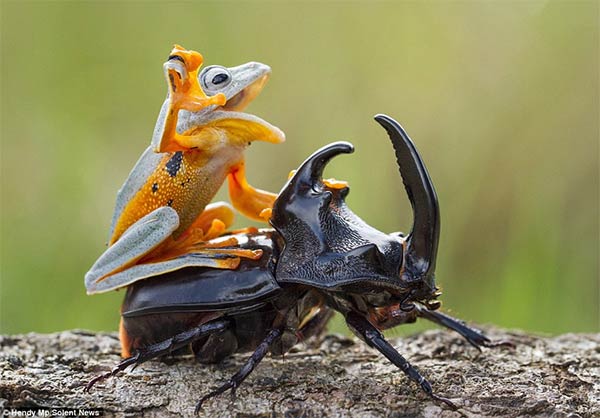 Like a cowboy riding a bull, a daring frog enjoyed his own rodeo on a beetle – and stayed atop the insect for five minutes even as it tried to fly away. The adventurous flying frog leapt atop the black beetle and even put its front leg in the air in a bid to keep its balance.

Reported by Mail Online, “Photographer Hendy Mp captured the strange antics near his house in Sambas, Kalimantan Barat, in Indonesia.” 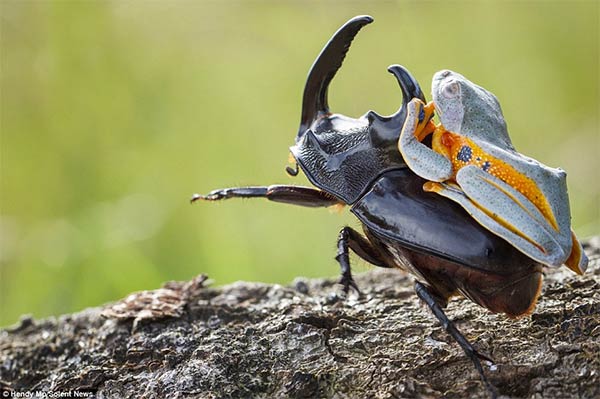 The flying frog managed to stay atop the woodboring beetle for around five minutes before eventually crawling off. 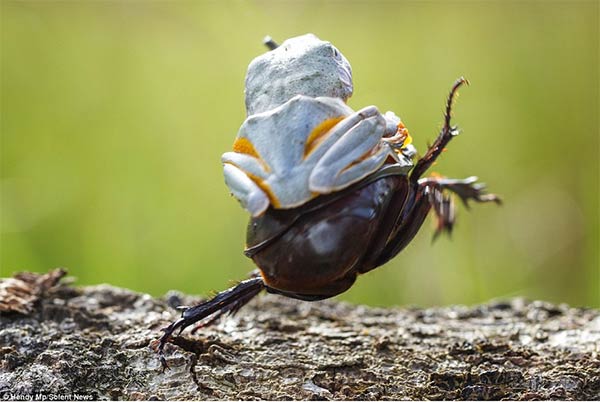 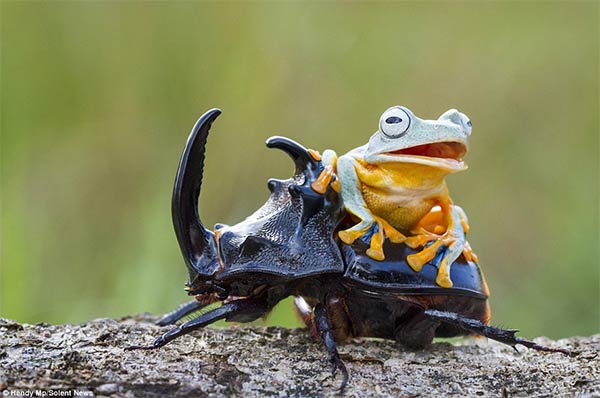 The green and orange frog even takes a moment to relax on top of his new friend, which ‘was just happily running around’. 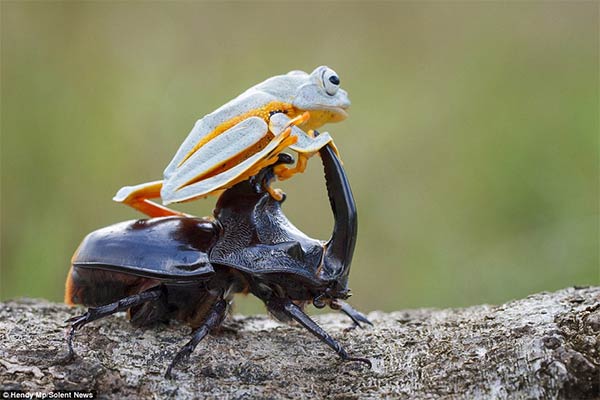 Let me direct you: The flying frog, pictured with its front legs around the beetle’s claw-like antenna, sits comfortably as the insect moves. 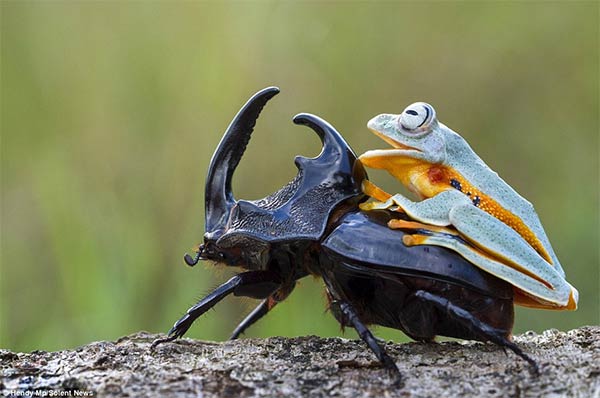 Tags #Beetle #Frog #Insects
Around The World, Photo of the Day

"Crystal Frog" Discovered In The Forest of Costa Rica

10 Humor Sites To Visit When Bored

Nagoro: The Hidden Japanese Village Where Dolls Replace The Departed