Famous Faces In A Crowd 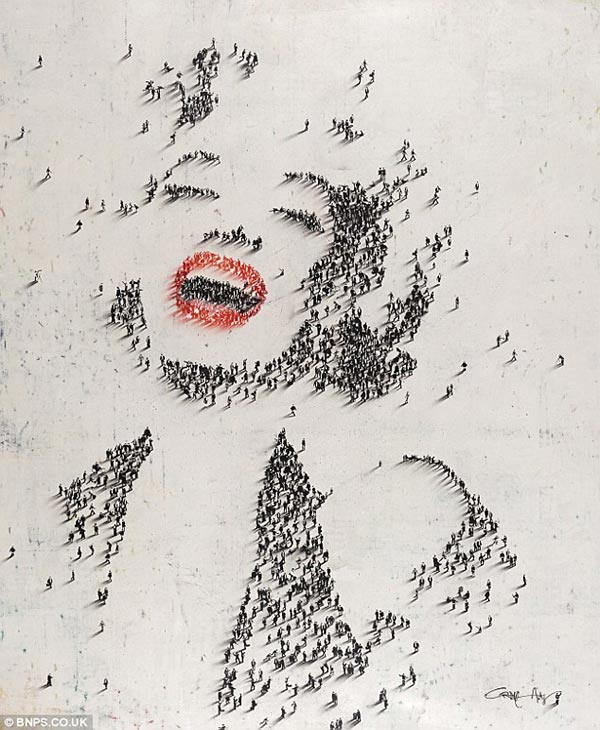 Atlanta-based artist Craig Alan, 40, has created paintings of famous celebrities from the aerial photographs of hundred of people making a formation.

His painstaking efforts are well-rewarded though – a single piece can sell for up to $50,000. Craig Alan has created paintings of Marilyn Monroe, Audrey Hepburn, Elvis Presley and also the Statue of Liberty. The intricate paintings are predominantly black-and-white, with just a flash of red in the lips of the Monroe and Hepburn pieces. ~ source 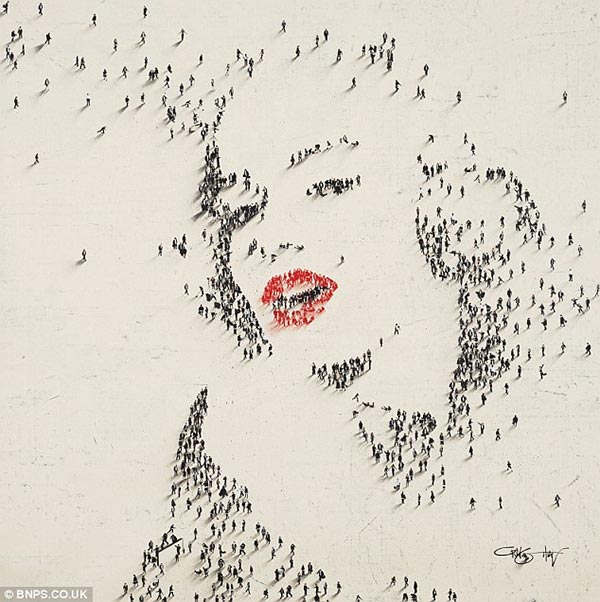 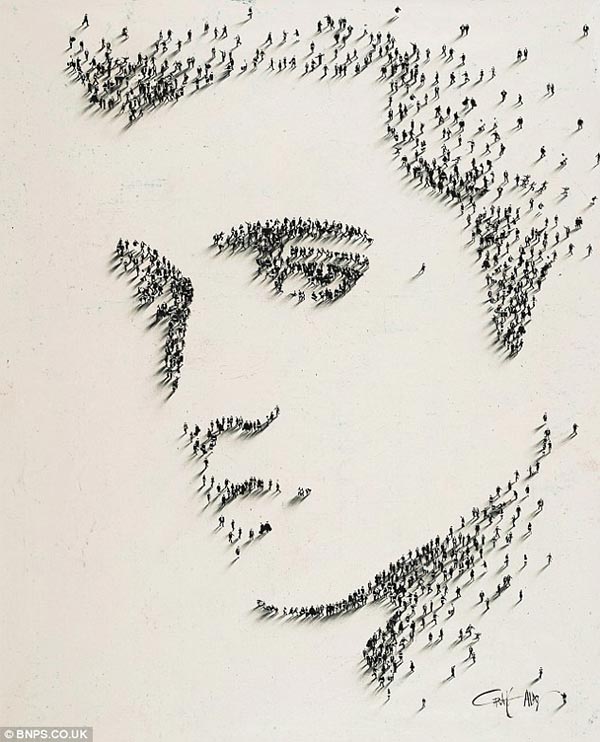 The artist says he first came up with the idea after after taking photos of the street from the sixth floor of an apartment block.

I was at my mother’s apartment in Alabama watching people on the beach from the sixth story balcony,’ he explained. I started photographing them and then I noticed a pattern through the camera. In one shot, the group of people appeared to have formed an eye on the screen – this started my creative wheels turning.

Mr Alan says the decision to recreate familiar celebrity faces was an easy one. 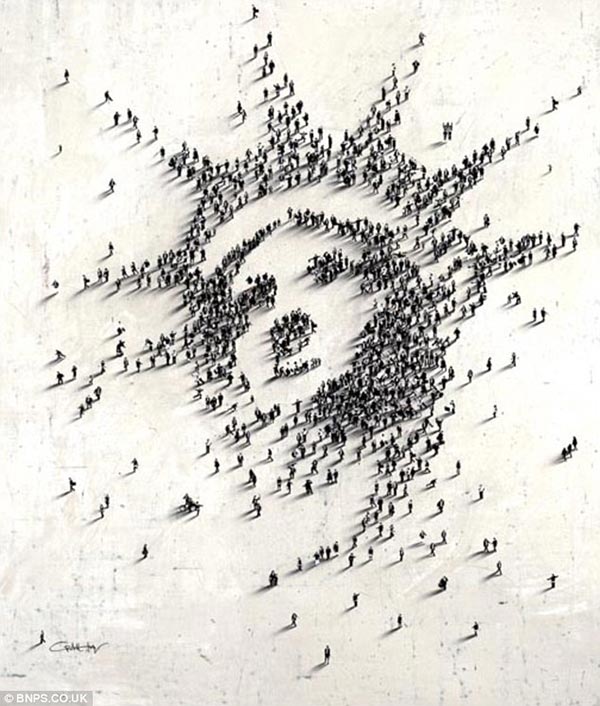 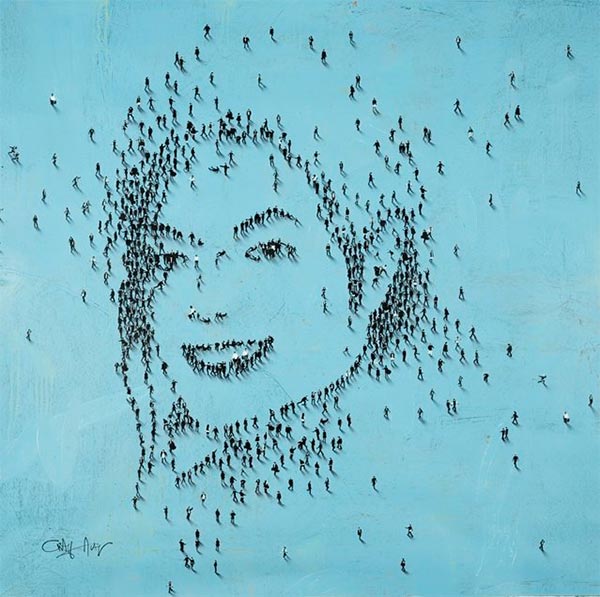 Planking: The Lying Down Game

Giant Sculptures Made of Oranges & Lemons

Beautiful Mandalas Made from Nature by Kathy Klein