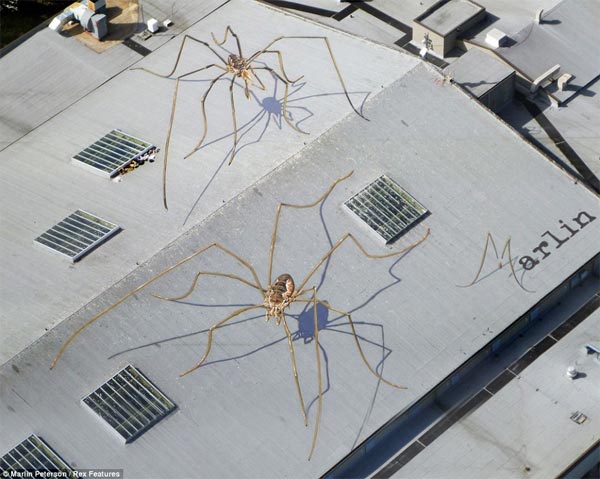 Freelance scientific illustrator Marlin Peterson created these astonishingly creative and realistic paintings of giant eight-legged creatures over the rooftop of a warehouse in Seattle.

The paintings normally appear as 2D images but they appear three-dimensional when viewed from a certain angle. Peterson used wire prototype models of harvestmen to help him develop his technique before taking his art materials to the roof and starting on a large-scale version.

The crucial component to the artwork is capturing harvestman’s shadow as accurately as possible, as this dictates how realistic the end result is. 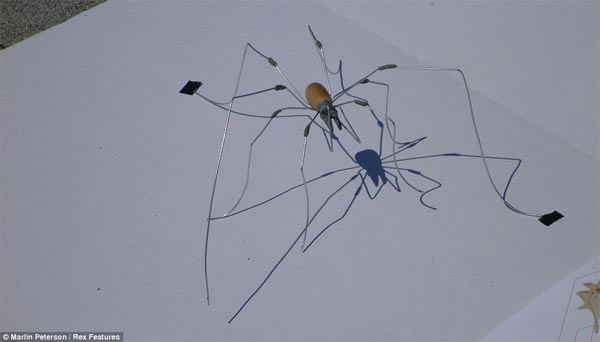 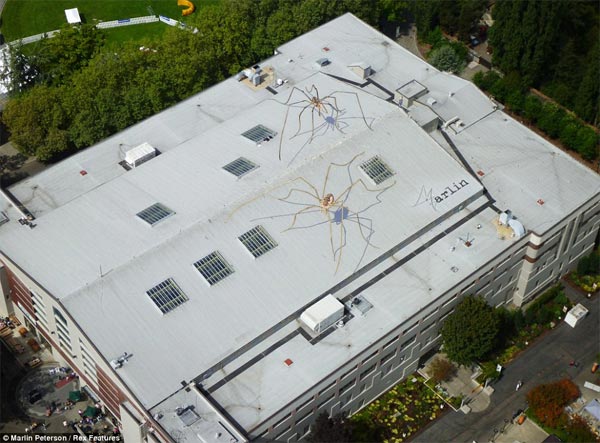 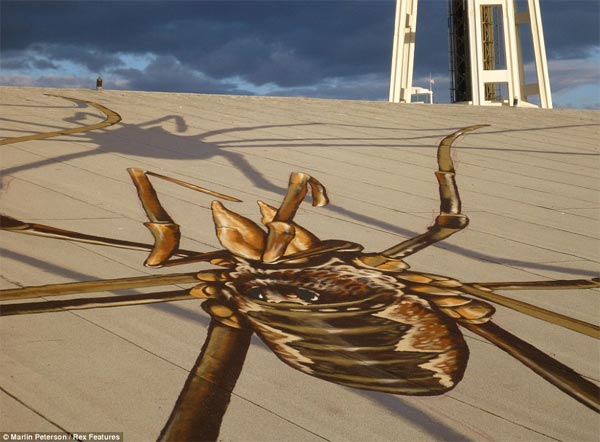 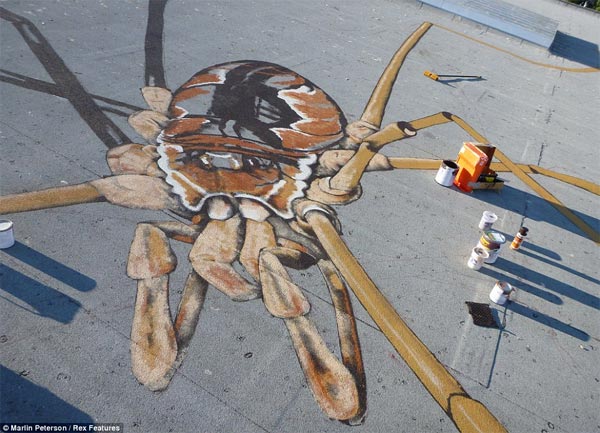 Chicken-Waving Ceremony To Cleanse Your Sins

Around The World, Humor, Inspiration

Volkswagen Trucks For Every Kind of Load

Dresses Made Out of Pencil Shavings & Rose Petals