Beagle Portrait Made From 221,184 Sprinkles

What looks like an image of a beagle getting a bath (above) is actually a 4’ by 1 ½’ high definition photograph covered in 221,184 nonpareil sprinkles, each placed painstakingly by hand. At a distance of 16 feet, the sprinkles blur, tricking the human eye into believing that it is looking at a large photograph.

Student Joel Brochu used the technique called “pointillism” to make this pixelated beagle portrait using sprinkles. Pointillism is a technique wherein small dots of pure color are repeatedly applied to a canvas until it forms an image. After creating a successful artwork of making furniture using 22 different shades of paint, he wanted to to “wow” people and one day he noticed nonpareils at a local bakery, which are tiny balls (1 / 16 of an inch wide) made from compressed sugar and used for decorating cakes and cookies.

They became the medium of his choice and he started searching for a photograph until he found Shingo Uchiyama’s photo of a beagle on 1x.com (shown immediately below). After he asked for permission to reproduce it, he set out to find a way to remake it using these sprinkles. 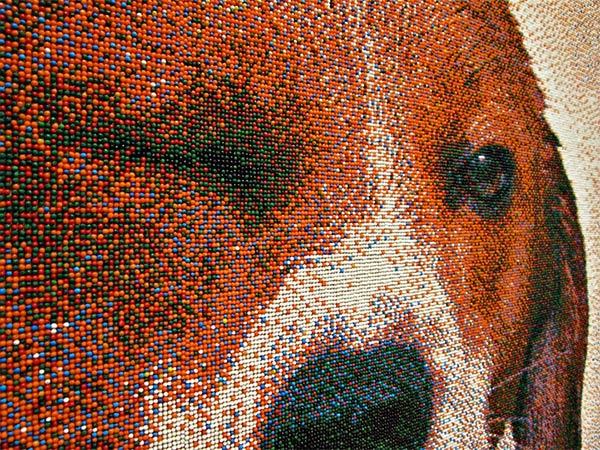 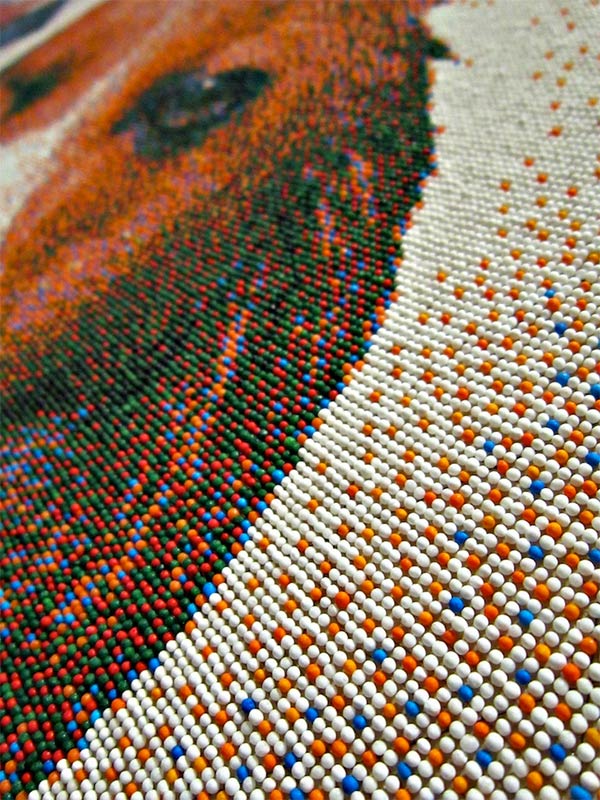 From start to finish, this bathing beagle took a total of 8 months to create. It was such a long process that Brochu almost gave up. “Halfway through, I was ready to abandon the project entirely. Looking at what remained to be done was daunting, but, at the same time I was dying to see the finished piece. I couldn’t stop. I had to finish it. I wouldn’t let myself give up no matter how much I wanted to.”

Meticulously placed by hand using jewelry tweezers, the sprinkles adhere to the board with the help of double sided tape and a thin layer of glue. Using only 6 colors of sprinkles (Red, Orange, Green, Blue, Black, and White), a myriad of hues was created. 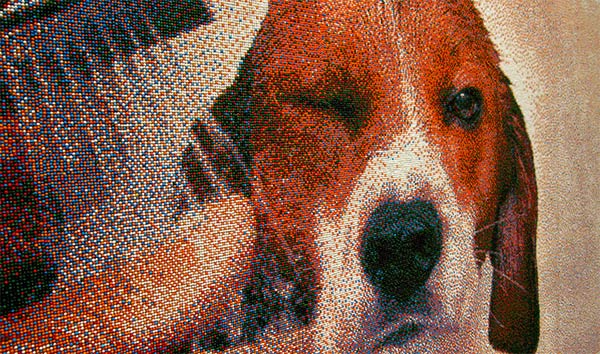 How to Get Inspired When Writing